Will accept him if he wants to come back, says Shami's estranged wife Hasin Jahan 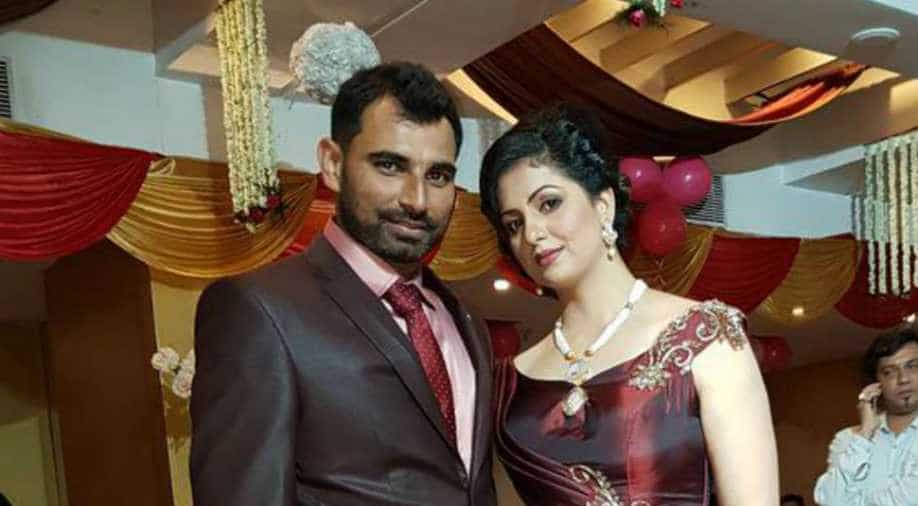 Hasin Jahan, wife of Indian cricketer Mohammed Shami, who alleged that the pacer has multiple extra-marital affairs and his family tried to kill her on Sunday said she will accept him if he wants to come back.

The former model earlier alleged that the Shami was making up stories to save himself from the charges she had levelled against him.

"He's making up all sorts of things to save himself from allegations. Why didn't the media investigate even after I gave them all details,"  Hasin said.

"Till the day I took to social media, I tried to convince him to save our marriage. If he tries to come back I may still consider, " she added.

Jahan also claimed that Shami would have divorced her and run away if she had not found out his mobile chat which had the sensual chats and is allegedly used by the pacer.

As per media reports, Jahan has taken printouts of conversations, which allegedly took place between Shami and other women and submitted the same to the investigating team.

However, the cricketer has denied all the allegations levelled against him and said that a conspiracy was being hatched to malign him.

Hasin met Shami during IPL season in 2012. The two dated each other for five years and got married on 6th June 2014.

The couple has a 3-year-old daughter named Aaira Shami.

Shami is the second husband of Hasin Jahan.

On March 7, Hasin Jahan alleged that Shami abused her physically and mentally and is also involved in several extra-marital affairs.

The pacer was charged under various non-bailable and bailable sections of the Indian Penal Code (IPC), following a complaint filed by his wife.