Modi speaks to Biden for first time since US inaugural ceremony 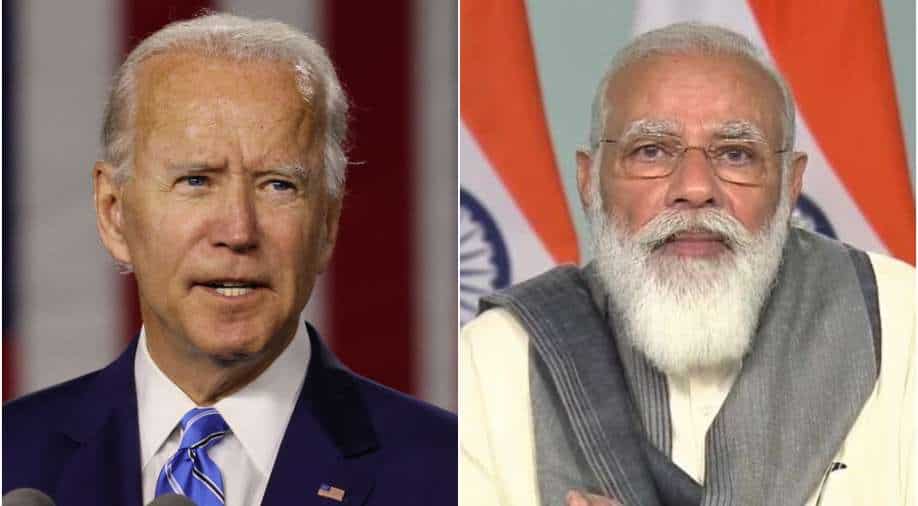 In a tweet, Modi said he conveyed 'best wishes for his success' and 'discussed regional issues and our shared priorities'

Indian Prime Minister Narendra Modi and the newly-elected US President Joe Biden spoke to each other on Monday. This is the first conversation between the two leaders since Biden took charge as the US President last month.

In a tweet, Modi said he conveyed "best wishes for his success" and "discussed regional issues and our shared priorities", with a focus on "co-operation against climate change".

Also read| With Biden's dreams for America, will the US-India ties change?

Spoke to @POTUS @JoeBiden and conveyed my best wishes for his success. We discussed regional issues and our shared priorities. We also agreed to further our co-operation against climate change.

He also said that both sides are "committed to a rules-based international order" and are looking "forward to consolidating our strategic partnership" to "further peace and security in the Indo-Pacific region and beyond."

Also read| Joe Biden, along with the world, awaits WHO probe report on origin of coronavirus

President @JoeBiden and I are committed to a rules-based international order. We look forward to consolidating our strategic partnership to further peace and security in the Indo-Pacific region and beyond. @POTUS

In November, after the US election results, both sides had spoken to each other and discussed cooperation on the coronavirus pandemic, its economic impact, and Indo-Pacific. The Defence, External Affairs/secretary of state counterparts and National Security Advisors of both countries have already spoken to each other.

Biden has been a supporter of close New Delhi-Washington ties, in his capacity as a senator and the Vice President. In August 2001, Joe Biden had written a letter to the then-President George W. Bush calling on the new administration to drop US sanctions against India and during his tenure as the Chairman of Senate Foreign Relations Committee, he worked towards the US Senate’s approval of US-India Civil Nuclear Agreement in 2008.