May move court if no action is taken by Election Commission against Modi, Shah: Congress 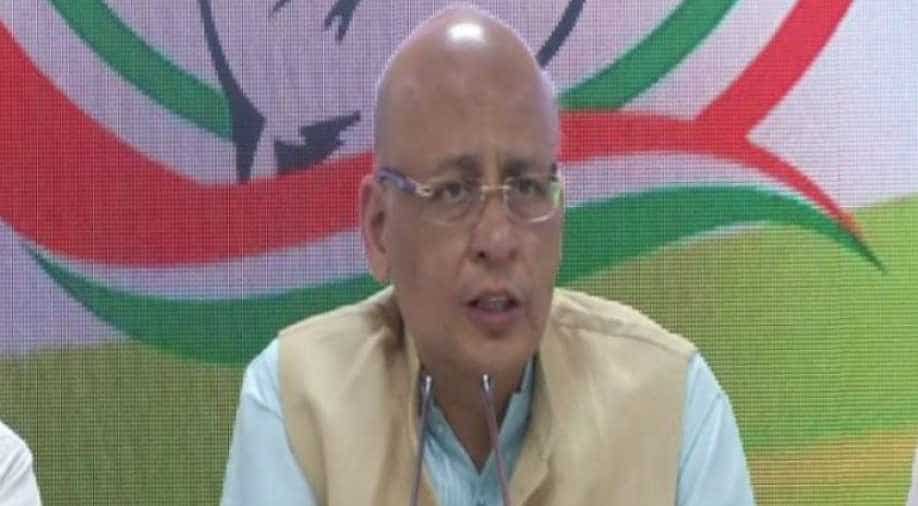 Congress on Saturday accused the Election Commission (EC) of ignoring the party's complaints against Prime Minister Narendra Modi and BJP chief Amit Shah on model code violations and said it may consider moving court if no action is initiated by the poll body.

Congress on Saturday accused the Election Commission (EC) of ignoring the party's complaints against Prime Minister Narendra Modi and BJP chief Amit Shah on model code violations and said it may consider moving court if no action is initiated by the poll body.

"We are astonished and sadly compelled to say that the Model Code of Conduct has become Modi code of conduct," Congress leader Abhishek Manu Singhvi told a press conference here.

He said, "We are also saddened to say that it is as if in the second word of the Election Commission, the letter 'C' has been dropped and it has become the 'Election omission' as far as the Modi and Shah duo is concerned."

Congress charged the poll watchdog with not taking action against Modi as well as the BJP president for their "hateful, virulent and divisive" speeches and “politicisation of the valour” of the armed forces at election rallies for "cheap electoral gains".

Singhvi said, "In the last 20 days, the Modi-Shah duo has made statements with divisive tone so many times. They have politicised the valour of our armed forces. Modi held rallies before and after casting vote (in Ahmedabad on Tuesday). This scale of violation has never happened in the last 72 years."

A Congress delegation had on Tuesday met with Election Commission officials and demanded a 48 to 72-hour ban on speeches by the Prime Minister and Shah.

Singhvi said, "We are not surprised by the violations of the MCC by BJP leaders. They are resorting to all tactics because they know they are losing the polls. But we cannot understand why the election policeman is silent on this matter. Its silence somehow means it is endorsing the acts of the BJP leaders."

At the same time, he acknowledged the EC actions on Congress' complaints against UP Chief Minister Yogi Adityanath and Himachal Pradesh BJP chief Satpal Singh Satti who were banned from making public speeches for 72 and 48 hours respectively.

He said, "The EC acted on some of our complaints and we praise them for that but it not acting against the Modi-Shah duo. Do the two leaders not come within the ambit of the EC rule book?"

Singhvi said if action is not taken on the Congress complaints, the party may approach court on Monday.