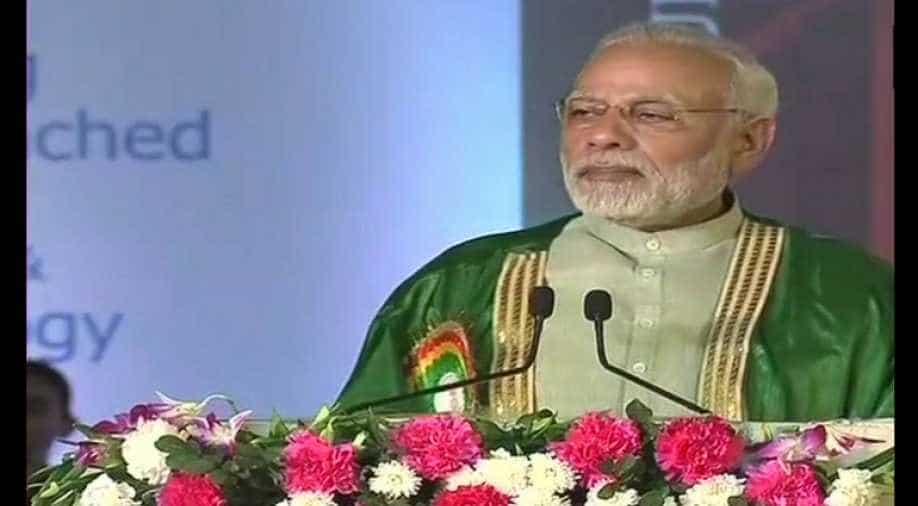 He said that "Hawking was a friend of India and will be remembered as one of world's greatest motivators."

During the address, he also spoke about various scientific achievements of India that he said should be communicated to society as it will inculcate scientific temper among youth.

He said, "we have to throw open our institutions & laboratories to our children. I call upon scientists to develop a mechanism for interaction with school-children."

Modi also said, "We are committed to increasing the share of non-fossil fuel based capacity in the electricity mix above 40% by 2030. India is a leader in the multi-country Solar Alliance and in Mission Innovation. These groupings are providing a thrust to R&D for clean energy."

"The time is ripe to redefine ‘R&D’ as ‘Research’ for the ‘Development’ of the nation. Science is after all, but a means to a far greater end; of making a difference in the lives of others, of furthering human progress and welfare."

He also added, "Our Government has already given the go-ahead to establish 3rd LIGO detector in the country. It will expand our knowledge in basic sciences in the areas of lasers, light waves & computing. I am told that our scientists are tirelessly working towards making this a reality."

Modi further said "we have set a target of 100 GW of installed solar power by 2022. Efficiency of solar modules currently available in the market is around 17%-18%. Can our scientists take a challenge to come up with a more efficient solar module, which can be produced in India at the same cost."

He also spoke about the 'Prime Minister's Research Fellows' scheme.

"Under this, bright minds from the best Institutions in the country, like IISc,IIT,NIT, IISER & IIIT will be offered direct admission in Ph.D in IIT & IISc. This will help address brain-drain from our country."

He will also inaugurate the Luwangpokpa Multi-Sports Complex, Rani Gaidinliu Park, and other development projects, where he is also addressing a gathering.

According to report 5000 delegations including Noble laureates, scientists, scholars and researchers from all across the country have taken part in Indian Science Congress.