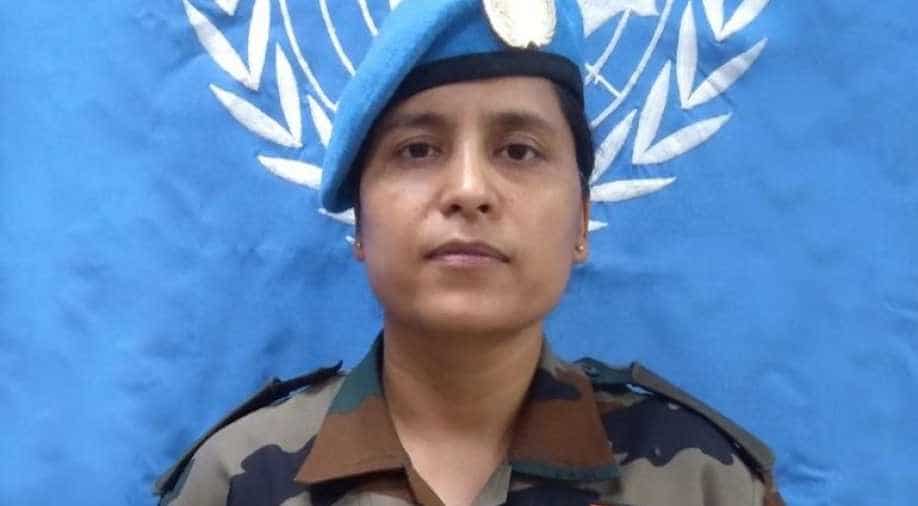 Secretary-General Antonio Guterres gave away the award and Commander Carla Monteiro de Castro Araujo from Brazil in a virtual ceremony, commemorating the International Day of Peacekeepers on Friday.

An Indian army officer has been bestowed with 'United Nations Military Gender Advocate of the Year award'.

Major Suman Gawani has previously served as a woman peacekeeper with the United Nations Mission in South Sudan (UNMISS) in 2019.

With this honour, she has become the first Indian peacekeeper to win this prestigious award.

"Whatever our function/position/rank, it is our duty as peacekeepers to integrate an all-genders perspective into our daily work"

Secretary-General Antonio Guterres gave away the award and Commander Carla Monteiro de Castro Araujo from Brazil in a virtual ceremony, commemorating the International Day of Peacekeepers on Friday.

She took to the internet to thank everyone for this honour and the immense love she has received. "Working towards peace as a military observer in South Sudan has been a life-changing experience. Serving under the blue helmet and wearing my country's flag on my uniform is a matter of pride," Major Suman said.

Watch: Major Suman Gawani an Indian Army officer & UN Peacekeeper who is awarded the prestigious United Nations Military Gender Advocate of the year Award talk about her experience. Says she accepts the award on behalf of all women peacekeepers. pic.twitter.com/dZIhTEzChI

During her role, she focused on the gender issues in military. She also encouraged participation in joint military patrols to maintain gender balance, irrespective of the hardships under extreme field conditions, according to a statement by the Defence Ministry.

She has also participated in a specialised training on Conflict-Related Sexual Violence (CRSV) at Nairobi and in various UN forums focusing on how a gender perspective can help in protecting civilians, especially from conflict-related sexual violence