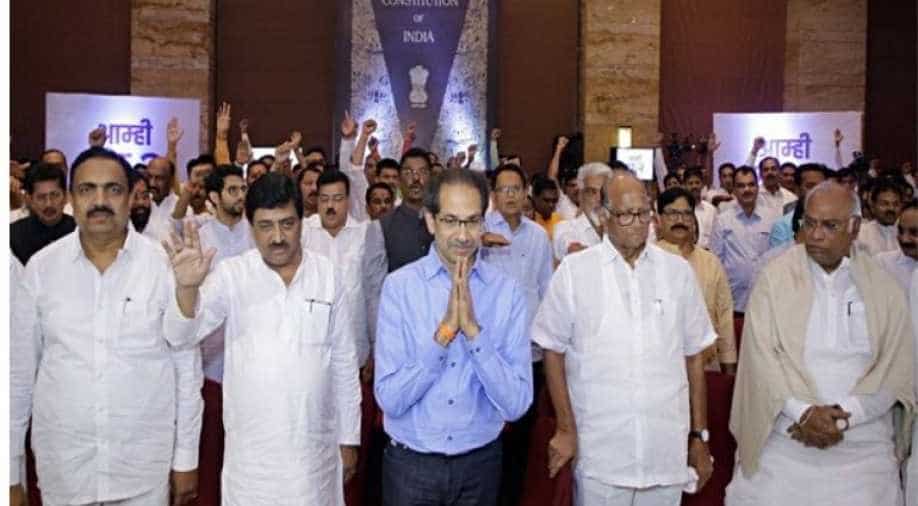 Shortly after the Supreme Court ordered a floor test of the Fadnavis government in Maharashtra, a joint meeting of MLAs from the Nationalist Congress Party (NCP), Shiv Sena and Congress were called on Tuesday to elect their "leader".

A floor test will be held in the Maharashtra Assembly on November 27, the Supreme Court ordered today, days after BJP's Devendra Fadnavis took oath as the state's chief minister, nixing Shiv Sena-Congress-NCP's bid to form the government.

A floor test is a constitutional mechanism under which a chief minister can be asked to prove majority in the state Assembly.

A three-judge bench, headed by Justice Ramana, passed the order on a joint petition filed by the three parties challenging Maharashtra Governor Bhagat Singh Koshyari's decision to administer the oath to Fadnavis as Chief Minister and NCP's Ajit Pawar as his deputy during the early hours of Saturday.

The BJP had won 105 seats in the 288-member assembly in last month's assembly polls followed by Shiv Sena 56, NCP 54 and Congress 44. Although BJP and Shiv Sena got the mandate to form the government, the two parties parted ways over power-sharing.

On the occasion of Constitution Day today, Opposition parties, including Congress staged a protest against government formation by BJP in Maharashtra in front of Ambedkar Statue inside Parliament complex while a joint sitting of both the houses was underway in the Central Hall. (ANI)