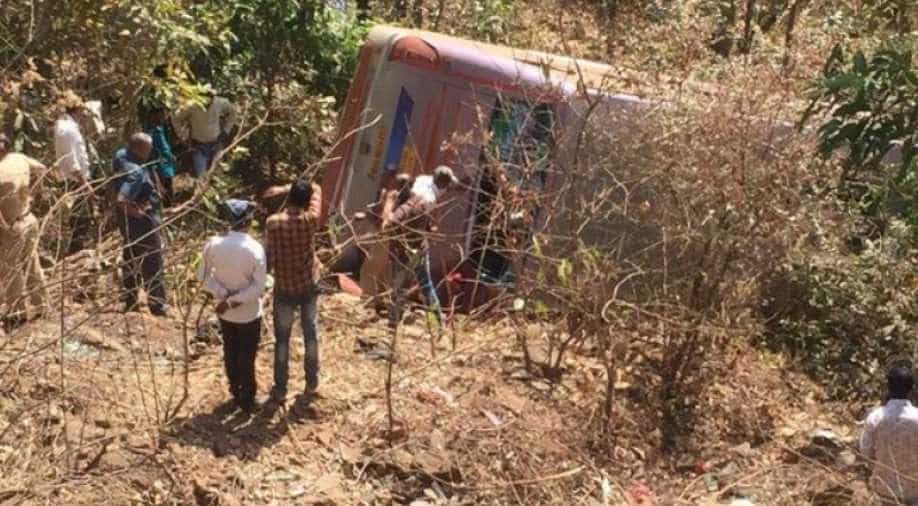 The injured victims were rushed to the nearest hospital, where they are being treated. Photograph:( ANI )

Emergency workers were immediately rushed to the spot to expedite the rescue operations.

Six people were killed and 45 others injured after a bus fall into a forge near Trimbakeshwar in Maharashtra's Palghar district.

Emergency workers were immediately rushed to the spot to expedite the rescue operations.

The private bus had started from Nashik in north Maharashtra and was headed towards Palghar, around 100 kms from here, he said.

The injured have been rushed to the Trimbakeshwar primary health centre, he said, adding that the condition of some of them is serious.