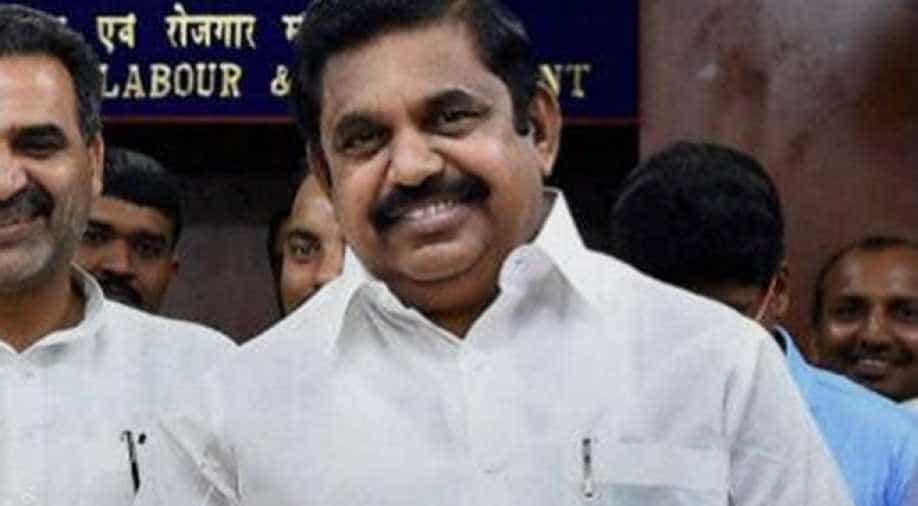 The ruling AIADMK in Tamil Nadu Tuesday promised a slew of measures in its election manifesto, including a national poverty eradication initiative that will be named after the late Chief Minister J Jayalalithaa.

"Based on the experience already gained by the AIADMK government in this regard, a direct transfer of Rs 1,500 per month to the targeted population of the poor and deprived (people below poverty line, destitute women, widows without income, differently-abled, landless agricultural labourers, rural and urban manual labourers, destitute senior citizens etc) should not be difficult to implement," the party said.

Jayalalithaa is addressed as 'Amma' (mother) by her supporters and the ruling AIADMK has been implementing welfare measures under the brand Amma initiative, including the popular Amma subsidised canteens.

Panneerselvam, flanked by party co-coordinator and Chief Minister K Palaniswami, along with senior leaders and ministers, read out the salient features of the manifesto.

Reiterating the party's stand, Panneerselvam said AIADMK would press for the release of the seven convicts in the Rajiv Gandhi assassination case and strive for the scrapping of the National Entrance-cum-Eligibility Test for medical admissions.

"AIADMK will urge the Government of India and the president to give due direction to the Governor of Tamil Nadu for the release of seven Tamil convicts as ordered by the Supreme Court and approved by the cabinet of Tamil Nadu government," he said.

In September 2018, the cabinet had recommended to Governor Banwarilal Purohit the release of Murugan, Santhan, Perarivalan, Jayakumar, Ravichandran, Robert Payas and Nalini, all serving life in prison for their involvement in the killing of former prime minister Rajiv Gandhi at an election rally here in 1991 by an LTTE suicide bomber.

On the Sri Lankan Tamils issue, AIADMK said it would press the Centre to take up the issue of "massacre" of civilian Tamils in the island republic during the peak of hostilities, with the International Criminal Court at the Hague.

Further, the party would urge the Centre to implement river interlinking programmes like the Cauvery-Godaveri linking project.

The manifesto said AIADMK would urge the Centre to waive education loans of students and also urge the government to come up with a firm policy to waive the loans obtained by small and medium farmers in the country.

It said it would also urge the Centre to accept the Justice Sachar Committee recommendation to treat the converted SCs/STs, BCs and MBCs (to both Islam and Christianity) as "regular SC/ST/BC/MBC and provide them with all concessions now provided" for them.

The party said it would urge the Union government to implement Tamil as one of the official languages of the country and also impress upon it to declare Cauvery delta region a protected agriculture zone.

Panneerselvam said his party would urge the Centre to accord full statehood to the Union Territory of Puducherry to fulfil the aspirations of people.

Stressing that there is a need to skill the youth, the party said it would pursue with the Centre to institutionalise an arrangement similar to the Technical Education and Skills Development Authority of the Philippines.

On the pricing of petroleum products, AIADMK said it would urge the Centre to take away the price-fixing power from the consortium of oil companies and take it upon itself and evolve a people friendly policy so that prices of commodities come under control.

"Frequent increase in prices of petroleum products by oil marketing companies have been augmenting the cost of all essential commodities, consumer goods and transport cost to all commuters, increasing the cost of living of consumers," it said.

On FDI, the party said it would urge the Union government to give up the policy of allowing foreign direct investment in retail to protect small and tiny retailers, reflecting Jayalalithaa's firm stand on this subject.

Its other promises included urging the Centre to establish a national commission for the welfare of fishermen.

AIADMK is leading the National Democratic Alliance (NDA) in Tamil Nadu and Puducherry.

Polls to 39 Lok Sabha seats in Tamil Nadu and one in Puducherry are scheduled on April 18.