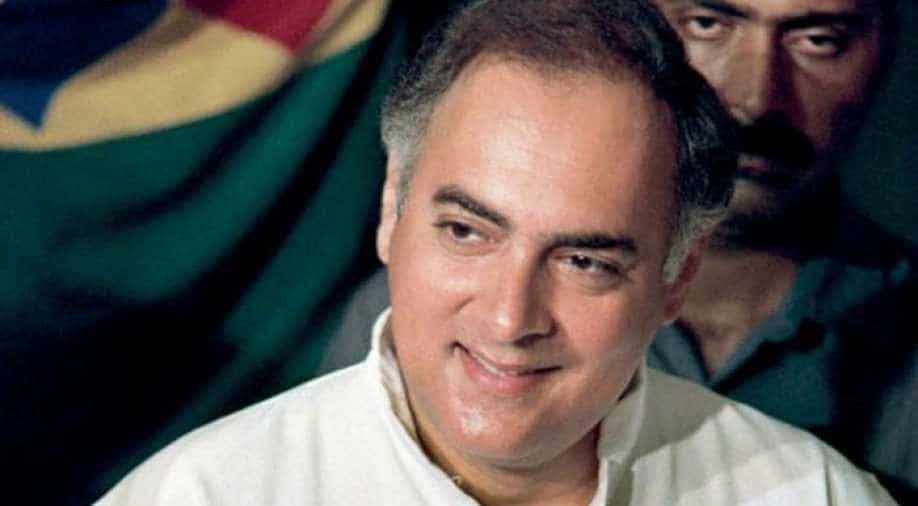 This is not the first time a Tamil Nadu government has said it will release the seven.

Both the big Tamil Nadu parties said Tuesday that they would urge the government of India to order the release of the seven people convicted in the Rajiv Gandhi assassination case.

"AIADMK will urge Government of India and the President to give due direction to the Governor of Tamil Nadu for release of the seven Tamil convicts as ordered by Supreme Court and approved by," the ruling AIADMK said.

And DMK chief MK Stalin said "the seven prisoners of Rajiv Gandhi assassination case will be released on humanitarian basis".

The announcement by both parties was made at the release of their election manifestos.

The DMK were the first to release its manifesto from its party office Anna Arivalayam, where Party President MK Stalin read out the salient features of their manifesto. Some of its salient features were providing Indian citizenship for Sri Lankan Tamils who have been living in refugee camps, abolition of the NEET entrance exam, Central Government Offices in Tamil Nadu would use Tamil as a co-official language, fuel prices would be regulated using an administered pricing mechanism, among others.

Additionally it also mentioned Metro Rail projects for cities such as Madurai, Trichy, Salem, Coimbatore, introducing measures to protect the firecracker industry in Tamil Nadu, offering free train passes for school and college students, and an initiative to link rivers in South India.

About an hour later, the Coordinator of the AIADMK O Panneerselvam released his party’s manifesto. Its highlights included an Amma Poverty Alleviation Scheme, monthly aid of Rs1500 to below poverty line families, the differently-abled and landless agricultural labourers, ensuring that Tamil Nadu is exempt from the NEET exam, and a Cauvery-Godavari river linkage scheme. It also made mention of waiving education loans, transferring education from the concurrent list to the state list, and called for a probe led by an international committee into the genocide of Tamils in Sri Lanka.

AIADMK in its election manifesto: AIADMK will urge Government of India and the President to give due direction to the Governor of Tamil Nadu for release of the seven Tamil convicts as ordered by Supreme Court and approved by
cabinet of Tamil Nadu govt. #LokSabhaElections2019 https://t.co/22UtSl55s4

DMK Chief MK Stalin during the release of DMK Election Manifesto in Chennai: The seven prisoners of Rajiv Gandhi assassination case will be released on humanitarian basis. #LokSabhaElections2019 pic.twitter.com/KUmmjiNMIB

Most of the seven convicted in the Rajiv Gandhi assassination case are Sri Lankan Tamils.

This is not the first time a Tamil Nadu government has said it will release the seven, but the proposal has been turned down by the Centre.

On Tuesday, the DMK also said at the release of its manifesto that it would restart the Sethu Samudram project which envisages the creation of a shipping lane in the Gulf of Mannar which runs between India and the western coast of Sri Lanka. The Congress government at the Centre had to pull back a similar proposal in 2007 because of massive resistance — a number of Hindus believe the Gulf of Mannar is the site of the mythical Ram Setu.

The DMK added that it would introduce a quota in the private sector.

Tamil Nadu goes to polls over a single phase on April 18.

AIADMK and DMK candidates will be in a direct face-off in eight of Tamil Nadu’s 39 constituencies. They include Chennai South, Kanchipuram, Tiruvannamalai, Tirunelveli, Mayiladuthurai, Salem, Nilgiris and Pollachi.

BJP and Congress candidates meanwhile will face off in Kanyakumari and Sivaganga.

The AIADMK and DMK have given 20 seats to their candidates while the rest have been distributed among allies.