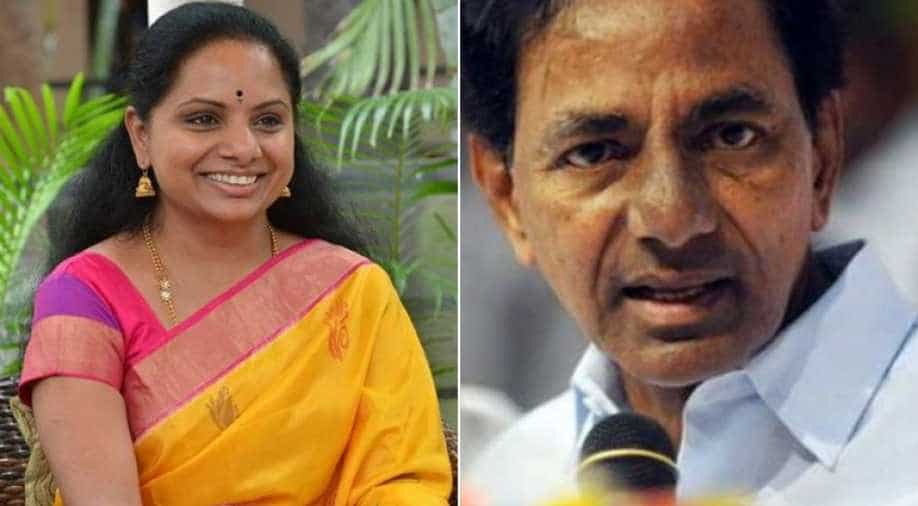 Nizamabad has been a Congress stronghold since 1957 when polls were held for the first time.

Polling is underway in the picturesque Nizamabad in Telangana, located 175 kms north-west of Hyderabad. The constituency with beautiful lakes and temples has several hundred villages approximately over 450 which has witnessed large scale farmer discontent.

The constituency assumes significance since Telangana chief minister K Chandrasekhar Rao's daughter Kalvakuntla Kavitha, 41, is seeking another term for the  Telangana Rashtra Samithi(TRS) after she won in 2014. She had won from here handsomely five years ago with over  170,000 votes beating her nearest Congress rival who won 27,2123 votes.

However, this time it could be different as large scale farmer' ire has overtaken the constituency with over 170 farmers filing their nomination against TRS alleging it has ignored its demands.

Farmers say the TRS has failed to ensure Minimum Support Price (MSP) for turmeric and red jowar (sorghum) greatly hampering their income. The constituency has 443 candidates in the fray which is proving a major headache for the Election Commission which has instructed its officers to use EVMs after the farmers requested that only paper ballots should be used.

Nizamabad has been a Congress stronghold since 1957 when polls were held here for the first time. TDP beat the Congress for the first time in 1991 riding on the NT Rama Rao wave, significantly TPD candidate Gaddam Ganga Reddy won from here thrice in 1991, 1998 and 1999.

There are seven Vidhan Sabha segments which comprise Lok Sabha constituency of Nizamabad. A predominantly agricultural district it depends on state government's support for its development which over the years has become a contentious issue in the district.

Madhu Goud Yaskhi from Congress won the parliamentary elections in 2004 and 2009 during former PM Manmohan Singh's tenure. The formation of Telangana in 2014 helped to tilt the balance in KCR's favour which resulted in her daughter winning in May, 2014 as the state came into being one month later.

Currently, 12 EVMs are being used in every booth in Nizamabad. Clearly, first-time MP K Kavitha has her task cut out for her in her father's state.

Reports had indicated that some EVMs had developed snags even as several villagers have decided to stay away from voting protesting against the state government's policies.

Authorities have made tight security arrangements for the Lok Sabha constituency since Nizamabad also contains a Naxal belt where polling will close by 4pm.

Parliamentary elections in 17 constituencies will be conducted in just one phase today with the results due to be announced on May 23rd.