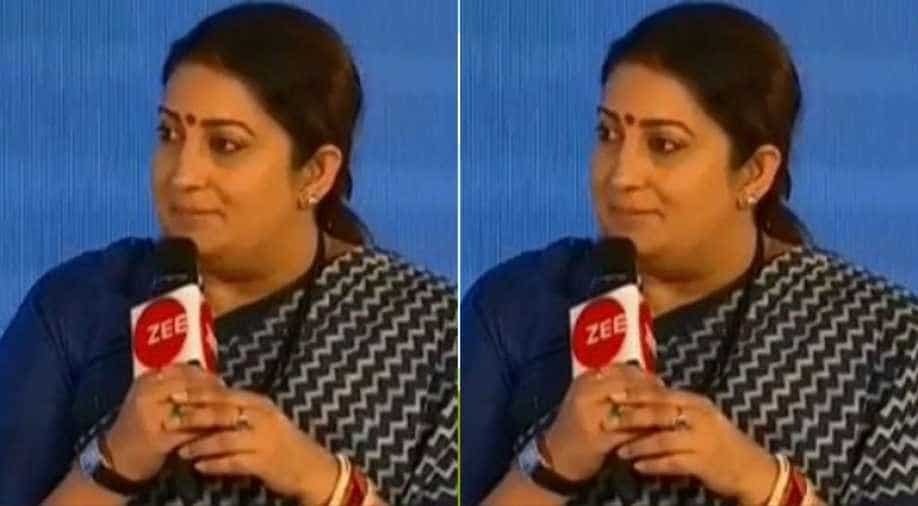 Irani said her 'biggest achievement' will be when Rahul Gandhi loses from Amethi.

Union Minister for Textiles Smriti Irani said on Monday that she is confident the BJP will win the upcoming Lok Sabha elections and PM Narendra Modi will return to power.

On being asked whether there is a Modi "lehar" (wave) across the country, Irani answered, "Why is Congress president fighting from two seats if there is no Modi wave? His candidature from two seats proves that there is Modi lehar.”

Irani said her "biggest achievement" will be when on May 23 Rahul Gandhi loses from Amethi. "Modi will once again become the pradhan sewak on May 23," she added.