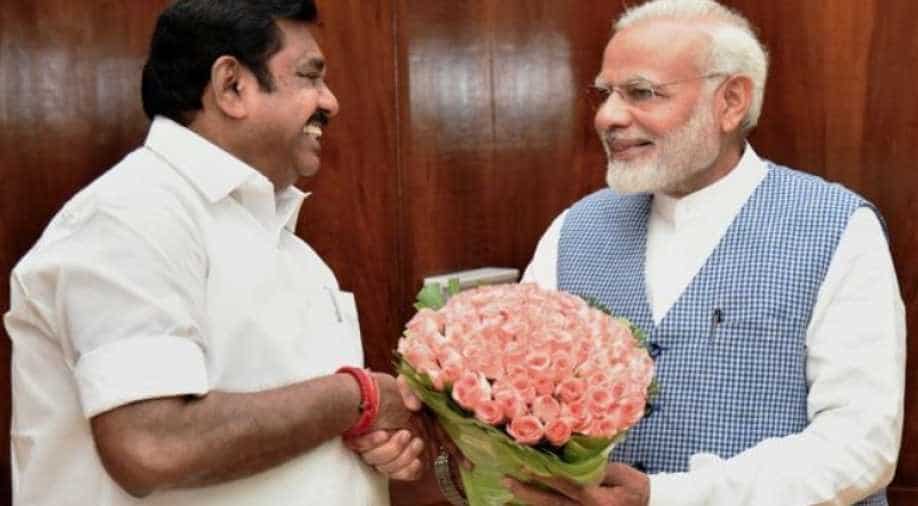 Stealing a march over the Opposition DMK, the ruling AIADMK in Tamil Nadu on Tuesday finalised the seat sharing agreement with the BJP and the PMK for the Lok Sabha poll.

The first announcement of 8 seats to the PMK came earlier in the day, after negotiations between the Aiadmk and PMK top brass, at a star hotel in Chennai. PMK gains electoral significance due to their strong Vanniyar vote bank in certain pockets of the state. In the past elections, they secured a 10-25% vote share in their strongholds.

It was expected that BJP President Amit Shah would visit Chennai today to firm up and make an announcement regarding the alliance. However, it was Union Minister Piyush Goyal would fly down to Chennai for the task. Piyush Goyal also made a visit to Chennai on 14th February to hold the initial round of talks.

Of the 40 seats spread across Tamil Nadu and  Pondicherry, the AIADMK has offered 12 seats to its allies. Besides the BJP and PMK, the Aiadmk was said to be in talks with the DMDK, TMC and other smaller outfits. Which means that the AIADMK could part with a few more seats before finalizing their front.

The DMK was the party from Tamil Nadu to make the first move and express support for the Congress. However, talks are still said to be underway between the DMK and Congress, and no official announcement of their alliance has been made yet. Other parties such as the CPI, CPI(M), MDMK and VCK are also said to be inclined towards the DMK-Congress alliance.

Given that the AIADMK has made their announcement, it would be safe to say that the DMK alliance announcement will not be prolonged. Tamil Nadu will not witness the campaigns of veteran leaders such as Karunanidhi and Jayalalithaa, but an interesting election season awaits as the BJP makes attempts to foray into the heartland of Dravidian politics.