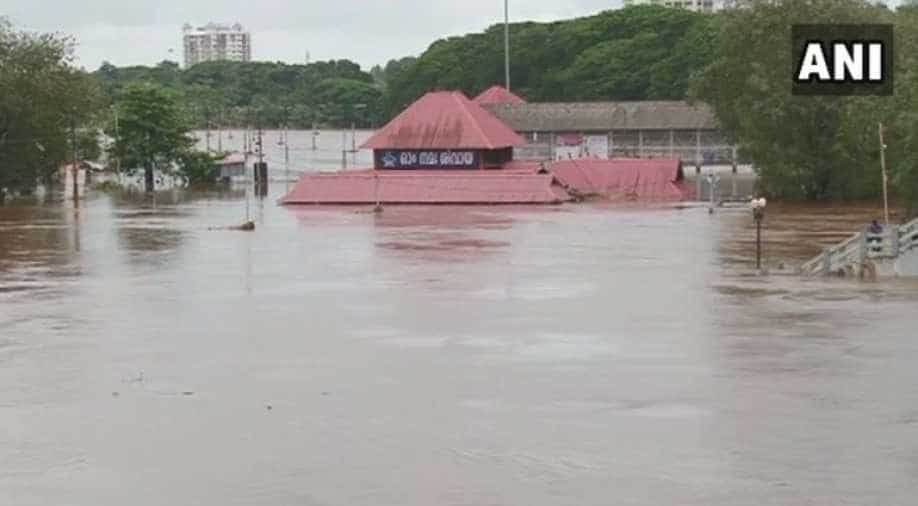 Idukki dam waters, which ravaged the surroundings over the last few days, subsided after heavy rains predicted in Kerala did not occur, bringing relief.

"The rains have slowed down in and around the Idukki dam since last night and hence the water level in the dam has also come down," State Power Minister M M Mani was quoted as saying.

"So far things are fine and everything is going as planned. The water that came down the five floodgates, barring at Cheruthoni, has not caused any major crisis," added Mani, who is monitoring the situation from here.

Cheruthoni is the nearest town to the Idamalayar dam and with water gushing down the spillway for the first time in 26 years, there was heavy flooding in the area.

The Cheruthoni bridge continued to be submerged. It had come under severe stress with huge trees that have been uprooted coming and hitting the bridge.

The water level at the Idukki dam was now at 2,401 feet after it came down on Friday night as the intensity of the rains decreased.

On Saturday, the inflow into the dam stood at 6,00,000 litres of water per second, while the outflow through the floodgates is 7.50 lakh litres per second.

Even though their first stop was planned at Idukki, Vijayan wrote in his Facebook post that due to bad weather conditions at the landing area in Kattapana, they have been forced to travel to Wayanad.

Kerala CM Pinarayi Vijayan announces ex-gratia of Rs 4 Lakh to the next of the kin of the deceased and Rs 10 Lakh compensation to those who lost their houses and land.

The floods have claimed 29 lives so far.