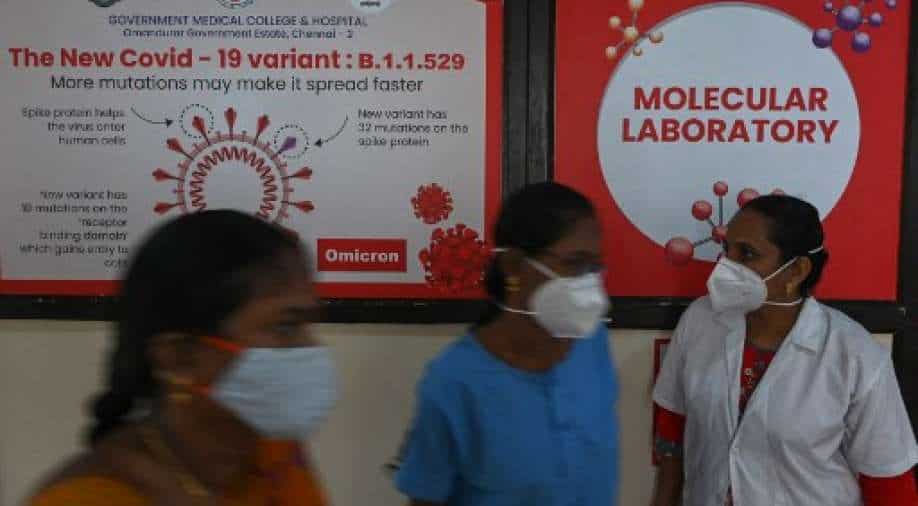 Medical workers stand outside a lab in Chennai Photograph:( AFP )

According to health officials, a vaccinated man who arrived from Italy was detected with the Omicron variant in Chandigarh. The man in Chandigarh is currently under quarantine.

Maharashtra has detected the highest number of Omicron cases so far with 18 cases followed by Rajasthan with nine cases.

Karnataka has detected three Omicron cases with capital Delhi reporting two Omicron cases and one each in Chandigarh and Andhra Pradesh.

The variant was first detected in the country in Bengaluru after two people tested positive.