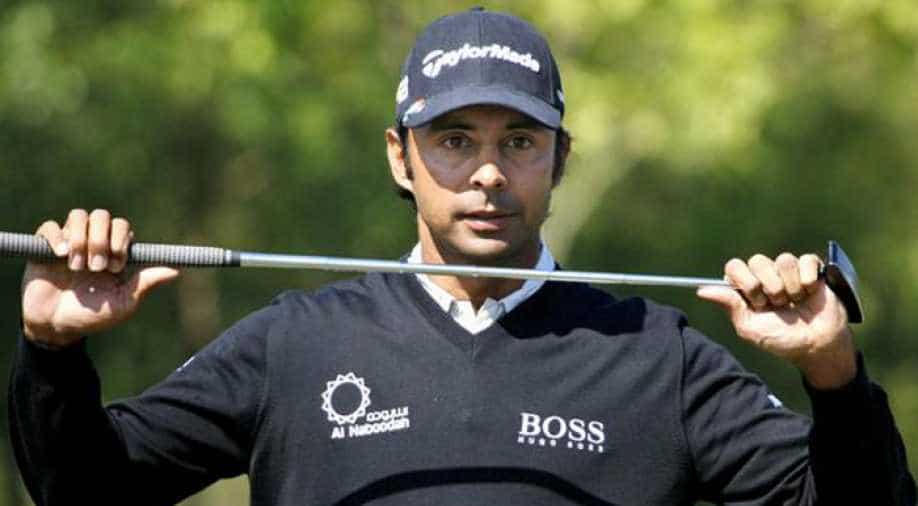 Randhawa, a flag bearer of Indian golf for over two decades, was on Wednesday arrested by the authorities near Dudhwa Tiger Reserve on charges of poaching.

Three-time Indian Open champion and former Asia No. 1, the golfer Jyoti Randhawa was on Wednesday arrested in Uttar Pradesh’s Bahraich on the charge of poaching.

A .22 rifle was recovered from Randhawa.

Randhawa, who has been a flag bearer of Indian golf for over two decades, was arrested near the Dudhwa tiger reserve.

Born on May 4, 1972 Randhawa grew up in Uttar Pradesh's Lakhimpur Kheri district. He turned professional in 1994.

In 2002, he finished top on the Asian Tour money list. His best finish on the European Tour was tied second, in the 2004 Johnnie Walker Classic.

In golf, Randhawa is the second highest Indian in the world rankings, just behind Jeev Milkha Singh.

The ace golfer was married to actress Chitrangada Singh, but the couple got divorced in April 2014. the two have a son named Zorawar Randhawa, whose custody was granted to Chitrangada.