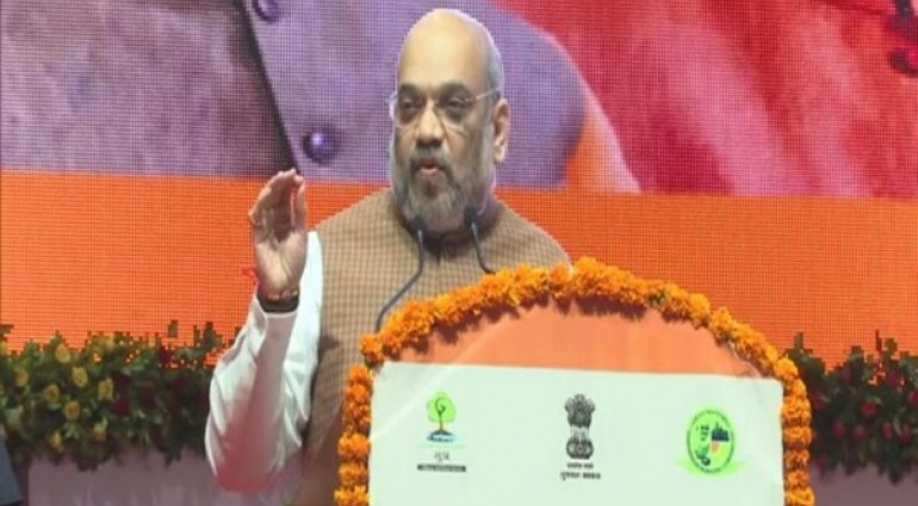 Amit Shah also said Hemant Soren and Congress's objective is to get power but BJP's aim is to push forward the state on the path of development.

"Due to the thirst for power, Hemant Soren is trying to become chief minister while sitting on the lap of Congress, Shah said while addressing a rally in Chakradharpur in Jharkhand ahead of the second phase of the Assembly election. He also said Soren and Congress's objective is to get power but BJP aims to push forward the state on the path of development.

"I am sure Jharkhand wants Kashmir to be an integral part of India, terrorism to end and Naxalism be uprooted," Shah said in an indirect reference to highlight BJP's stance on such issues. He also added that Jharkhand wants Ram temple to be built in Ayodhya.

Shah accused senior advocate and Congress leader Kapil Sibal for approaching the apex court in order to delay the verdict of Ram Janmabhoomi case. "We requested (the court) that the case should be moved faster. What was the result? SC has given judgement and now a grand sky-high temple of Ram will be built in Ayodhya," the home minister said.

The BJP president also assured the people of the state that National Register of Citizens (NRC) will be implemented in the entire country before the 2024 general election.

The elections in Jharkhand are underway and the state voted for the first phase on November 30. The voting for the next phase will be held on December 20 covering 20 assembly constituencies. The fifth and final phase will go to polls on December 20 and the results will declared on December 23.