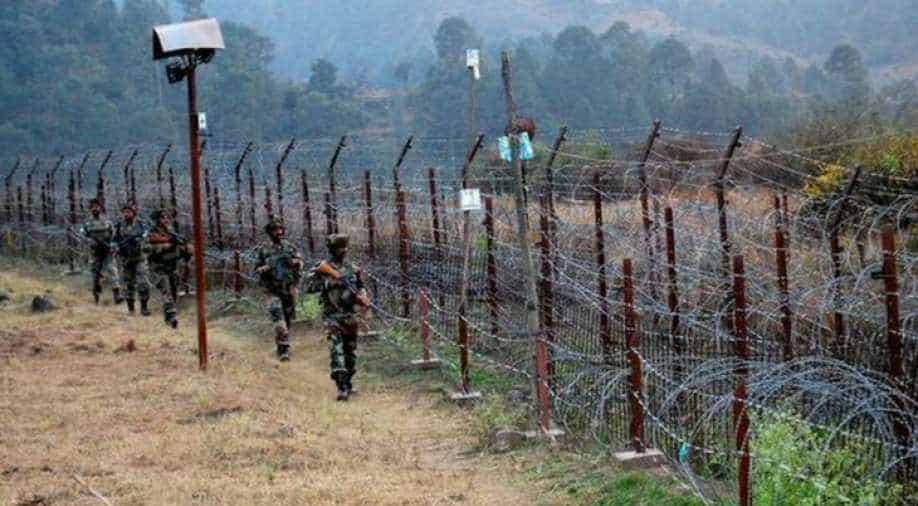 The villagers here have many stories to tell, of pain and miseries caused by the ceasefire violation.

Some 130 kilometres from Srinagar and into deep forests is a village which has been facing the brunt of ceasefire violations by the Pakistan army along the Line of Control in Kashmir.

Jabda Batad is the last village, just 800 meters from the fence, in Uri district of Baramulla in north Kashmir. Here, the lull is broken by the loud noise of gunfire and mortar shells which have been landing in the adjoining villages, injuring and killing the residents.

After the abrogation of Article 370 by the central government on August 5, the villagers say, the shelling has only intensified. "We have been facing fire since years now, sometimes, we lose our family members, at times, houses and the cattle," says Alam Din, a resident.

Alam's house was partially damaged after a 120mm mortar landed on the tin roof, shattering it to pieces. Luckily, the shell didn't breach the roof under which his children and wife were sitting. "We don't have any bunkers here and that has been our demand for long. Just some months back, a man who worked with the security forces was killed when he had come home on holidays," he adds while pointing at the house.

The villagers here have many stories to tell, of pain and miseries caused by the ceasefire violation. The unexplored shells are lying in open fields and villagers fear to go close. Parts of those which have exploded are collected by the kids.

Dodu is old now, he lost one of his legs after he was hit by a bullet fired by Pak forces in 2003 before ceasefire agreement came into force the same year. He says his right was amputated as the injury was serious. “This time, the shelling and the firing were intense. On September 9, we witnessed heavy firing with mortar shells landing everywhere. We ran for our lives.” he says adding that it was a war-like situation.

“Our kids are suffering the most, the situation is unpredictable. Anytime, the fire can come,” he adds while walking through difficult terrain. With time, Dodu has learnt to walk with his one leg.

The Indian Army here has maintained a tight vigil to thwart any attempts of infiltration by the terrorists who are waiting on terror launch pads across the fence. Strong counter-insurgency measures have been put in place with the Army on high alert.

The village Sarpanch says that they have been demanding underground bunkers for years but the administration is yet to construct one. The lack of bunkers is threatening the lives in and around the LoC in Uri sector.

“We can’t even run as this is a mountainous area and mostly Pakistan opens fire at night which doubles our difficulties, we want the administration to construct bunkers for us,” he said.