Jammu and Kashmir: Police to seize property of those harbouring terrorists 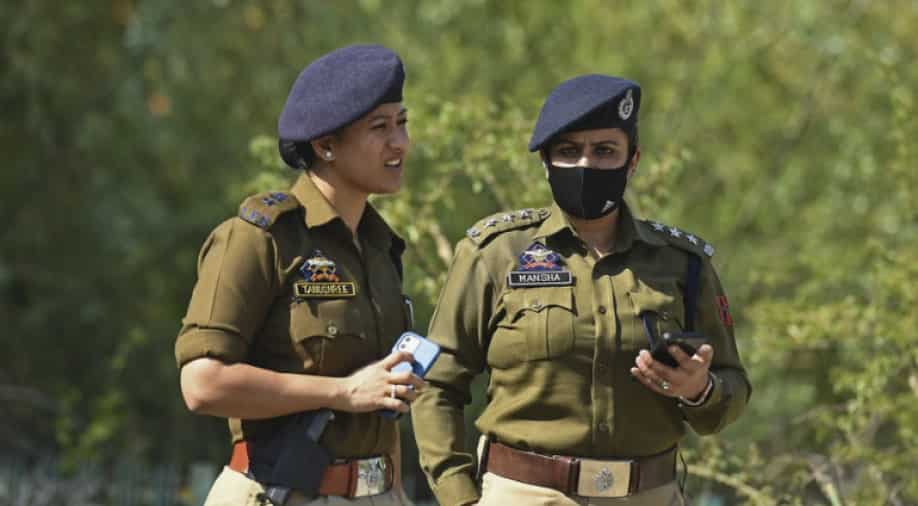 File photo: Police officers speak near a tempo vehicle following a suspected cylinder blast at a car parking outside the Tulip garden in Srinagar. Photograph:( AFP )

Jammu and Kashmir Police has decided to seize the properties of those people who are involved in providing shelter to the terrorists. The police will attach immovable properties used for terror activities under the Unlawful Activities (Prevention) Act (UAPA).

The attachments being done are for properties where it has been proved beyond doubt that the house owner or member had wilfully provided shelter/ harboured terrorists, in most cases for days together and that it was not done under any duress whatsoever.

''We will seize all the properties of the people, wherever there is an encounter, or is being used as a hideout or are harbouring the terrorists, their property will be seized, '' said Vijay Kumar, IG Kashmir Police.

Legal action will be supplemented by property attachments as per sections 2(g) & 25 of the ULP Act. The police has said that decision regarding enforcement of these sections of law is due to the fact that many supporters of terrorism are wilfully providing safe havens to terrorists who conduct attacks on civilians and security forces in Srinagar City.

In a recent encounter that took place in Srinagar's Bishember Nagar, JK Police said that they will seize the property of the owner in whose house the terrorists were hiding.

The Jammu and Kashmir Police has also said that if there is a 'forceful entry' of terrorists into any house or other structure, the house owner or any other member claiming duress should timely inform the authorities about the same, as many provisions for hiding identity of such informant are available under law.

However, the politicians in the valley have criticised the step taken by the JK Police. Former Chief Minister of Jammu and Kashmir, Mehbooba Mufti has called the step completely wrong.

''It's completely wrong. This is like punishing the whole community . If you have to fight the militants, fight them but what's with punishing the locals for it. '' said Mehbooba Mufti, Former Chief Minister of Jammu and Kashmir.

The Jammu and Kashmir Police has said that there will be zero tolerance towards terror.