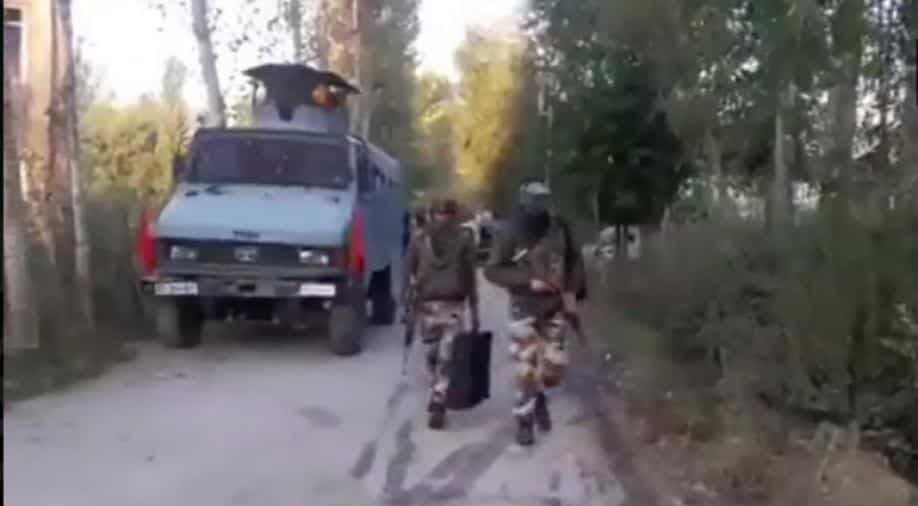 Both the terrorists belonged to Pakistan-based Jaish-e-Mohammed (JeM).

Two terrorists were shot dead on Tuesday morning by security forces in an ongoing encounter in Jammu and Kashmir's Anantnag district. An army soldier was also killed.

Both the terrorists belonged to Pakistan-based Jaish-e-Mohammed (JeM).

The encounter started after the area was cordoned on a specific input. This is the second encounter in less than 24 hours in the area.

The police also said that more troops have been called in to surround the area.

An Indian Army officer was killed in close combat with the hiding terrorists in south Kashmir's Anantnag district during an encounter which erupted Monday morning. A terrorist has also been killed, arms and ammunition have been recovered.

Terrorists also targeted an Army patrol unit with a vehicle fitted with an improvised explosive device in Pulwama district on Monday.