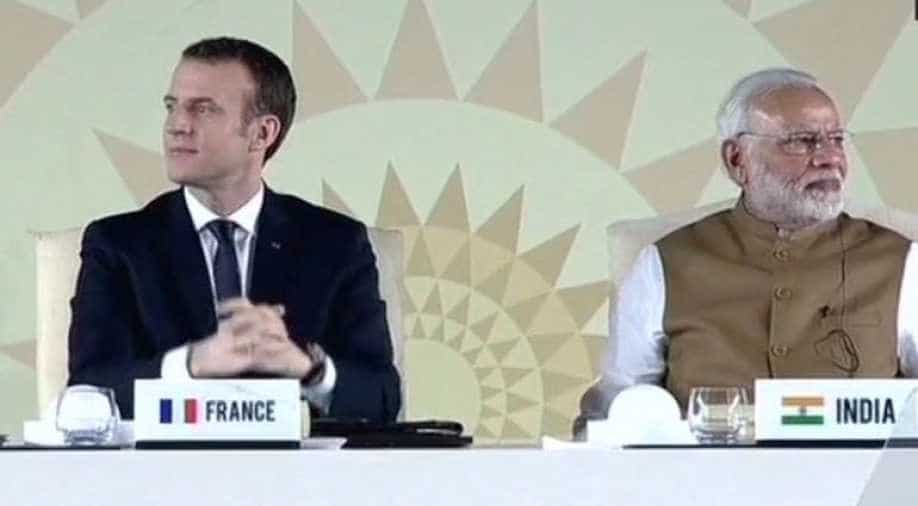 The first ever International Solar Alliance Summit got underway in Delhi on Sunday morning with foreign dignitaries from 23 nations in attendance. The event is being co-hosted by India and France.

PM Narendra Modi, French President Macron and other leaders at the #InternationalSolarAlliance in Delhi pic.twitter.com/jvIC3YmjDi

While promoting solar energy across the globe -- especially in countries that are part of the International Solar Alliance (ISA) -- as an alternative and sustainable form of energy will be the primary agenda of the summit, Indian dignitaries will turn the spotlight on India's ambitious renewable energy target.

The International Solar Alliance (ISA) has been pushing for the promotion of solar energy in order to create a low-carbon world economy. The event is likely to see the launch of two key initiatives which will help facilitate the acceleration of solar energy deployment in 121 sun-rich countries situated between the Tropics of Cancer and Capricorn.

"Looking forward to co-chairing the Founding Conference of the International Solar Alliance with President @EmmanuelMacron on 11th March. The ISA is a unique effort that brings the world together to harness solar energy and create a cleaner as well as greener future," Prime Minister Narendra Modi tweeted ahead of the summit.