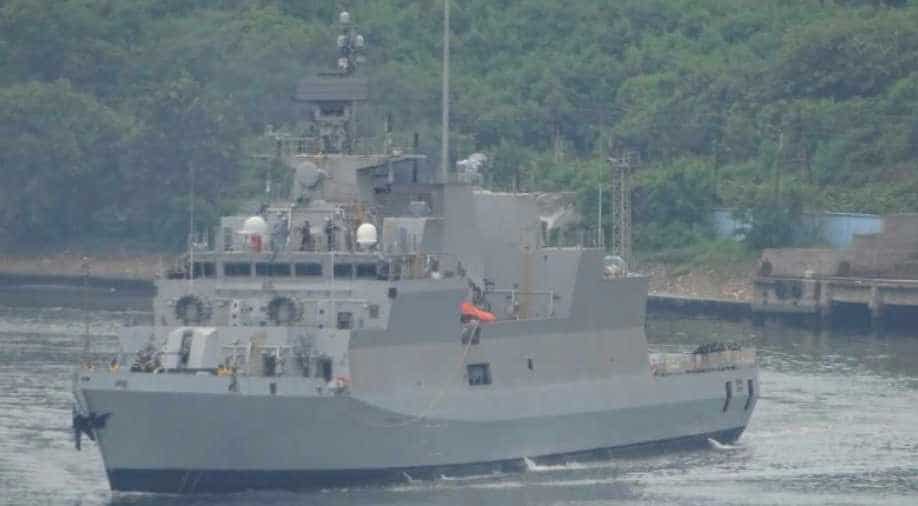 About 81 per cent of the ship is indigenous and is well-equipped to fight in nuclear, biological and chemical warfare Photograph:( Others )

With a displacement of 3500 tonnes, the sleek and magnificent ship spans 109 meters in length and 14 meters at the beam||It is propelled by four diesel engines to achieve speeds in excess of 25 knots

The ship will greatly boost India's ASW capability in Indian Navy and the Eastern Fleet in particular.