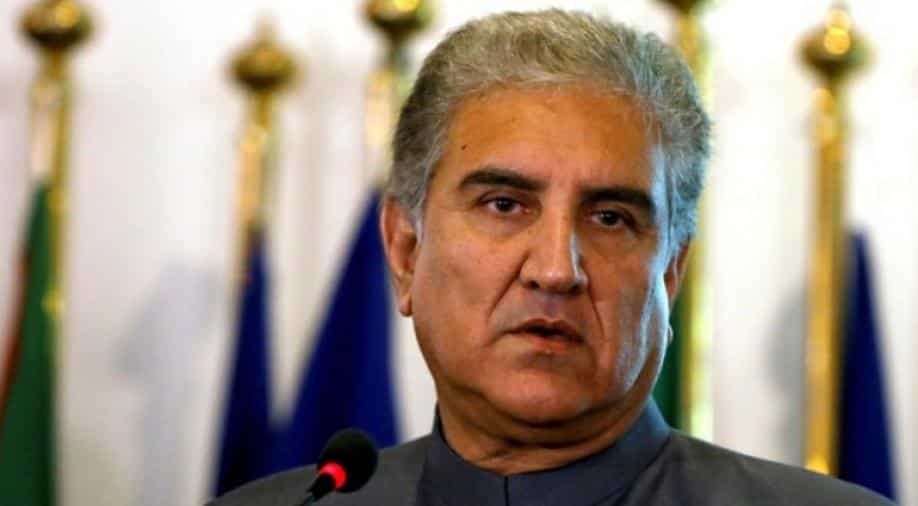 The statement was made by Pakistan Foreign Minister Shah Mehmood Qureshi who said Pakistan could not bring peace to Afghanistan since it was a 'shared responsibility' of the countries in the region.

Probably for the first time, Pakistan has acknowledged that India has stakes in Afghanistan and that its cooperation is necessary for the peace process in the war-torn country.

Speaking in the National Assembly on Monday, Foreign Minister Shah Mehmood Qureshi said Pakistan alone could not bring peace in Afghanistan as it was a "shared responsibility" of regional countries.

"Prime Minister Imran Khan had said that peace could not be established in Afghanistan through military power. Today the US, Pakistan, Afghanistan and Taliban also wanted a solution through dialogue," The Express Tribune quoted Qureshi as saying.

"Some meetings have taken place (among key stakeholders) for establishment of peace in Afghanistan. India also has stakes in Afghanistan and its cooperation will also be needed," Qureshi said.

The US has indicated that it plans to give a role to India in Afghanistan, whereas Pakistan's stance over the years was quite clear that India had no role to play in Afghanistan.

Pakistan perceives India's development contributions in Afghanistan as part of New Delhi's strategic encirclement policy that Islamabad feels would leave it vulnerable in any potential conflict.

He said US president Donald Trump in a letter to Prime Minister Khan had asked Pakistan to help and facilitate the peace process in Afghanistan which Qureshi said Pakistan was already doing.

Speaking about relations with India, Qureshi expressed the hope that New Delhi will reciprocate Pakistan's goodwill gesture of taking the initiative to open the Kartarpur corridor for Indian Sikh pilgrims.

The Bharatiya Janata Party (BJP) government of India "unwillingly" had to accept the Pakistani offer to open the corridor and they later approved it through a resolution in a Cabinet meeting, he said.

Pakistan hopes that India will review its policy in Kashmir, he said.