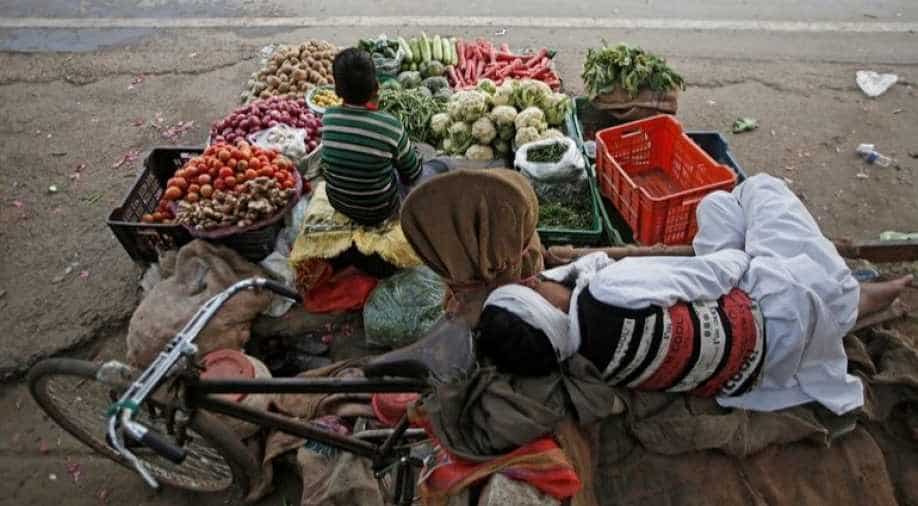 Annual retail inflation rose to 3.99 per cent last month, driven by higher food prices, up sharply compared with 3.21 per cent in the previous month.

India's retail inflation rose close to the central bank's medium-term target of 4 per cent in September for the first time in 14 months, but analysts still predict a sharp economic slowdown will prompt a sixth consecutive interest rate cut in December.

Annual retail inflation rose to 3.99 per cent last month, driven by higher food prices, up sharply compared with 3.21 per cent in the previous month and higher than the 3.70 per cent forecast in a Reuters poll of analysts.

Retail food prices, which make up nearly half of India's inflation basket, increased 5.11 per cent in September from a year earlier, compared with 2.99 per cent in August.

Subdued inflation and an economic slowdown have allowed the Reserve Bank of India (RBI) to cut interest rates by a total of 135 basis points this year, including a 25-basis-point cut earlier this month, making it the most aggressive central bank in Asia.

The RBI said it expected inflation to stay below its medium-term target through to the early months of the 2020-21 fiscal year, while lowering its economic growth forecast to 6.1 per cent for the current year ending March 2020, from an earlier estimate of 6.9 per cent.

Economists said economic growth could fall as low as 5.8 per cent, dragged down by a slump in consumer demand and investment, encouraging the RBI to cut rates for the sixth consecutive time at its next meeting in December.

Garima Kapoor, economist and vice-president at Elara Capital, said the arrival of the new crop in the market could ease food prices and so calm inflation, providing the RBI with the headroom to cut rates further.

"We expect the MPC (Monetary Policy Committee) to cut the policy repo rate by another 50 basis points until March-2020 with 25 basis points cut in December," she said, referring to the central bank's benchmark interest rate.

Annual wholesale price-based inflation eased to 0.33 per cent in September, from 1.08 per cent in the previous month, while economists in a separate Reuters poll said the central bank was not yet done with rate cuts.

India's unemployment rate was 7.16 per cent in September, compared with 6.47 per cent a year ago and 8.2 per cent in the previous month, estimates from the Centre for Monitoring Indian Economy, a Mumbai-based think-tank, showed.

The next decision from the RBI's monetary policy committee (MPC) is due on December 5.