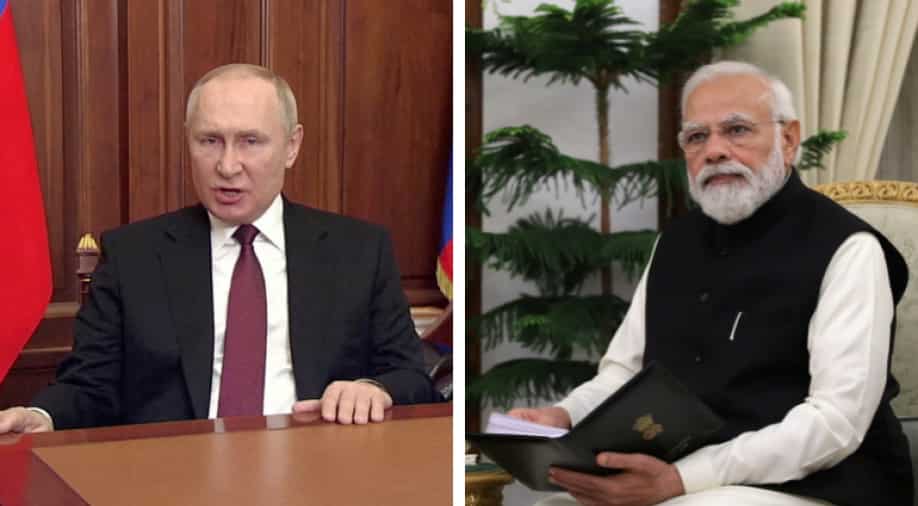 As per the readout released by Russian side after phone conversation between Vladimir Putin and Narendra Modi, the Russian president had given all necessary instructions to ensure safe evacuation of Indian citizens from the war zone in Ukraine

Russia on Wednesday made a huge claim that some Indian students in Kharkov (Kharkiv) were being held hostage by Ukrainian forces. The Russian side also said that these students were being used as human shields and that Russia was trying to organise 'urgent evacuation' of this group of students.

The Russian side released this information in a readout given out after telephone conversation between Indian Prime Minister Narendra Modi and Russian President Vladimir Putin.

As per the readout, Putin has given all necessary instructions to ensure safe evacuation of Indian citizens from the war zone. 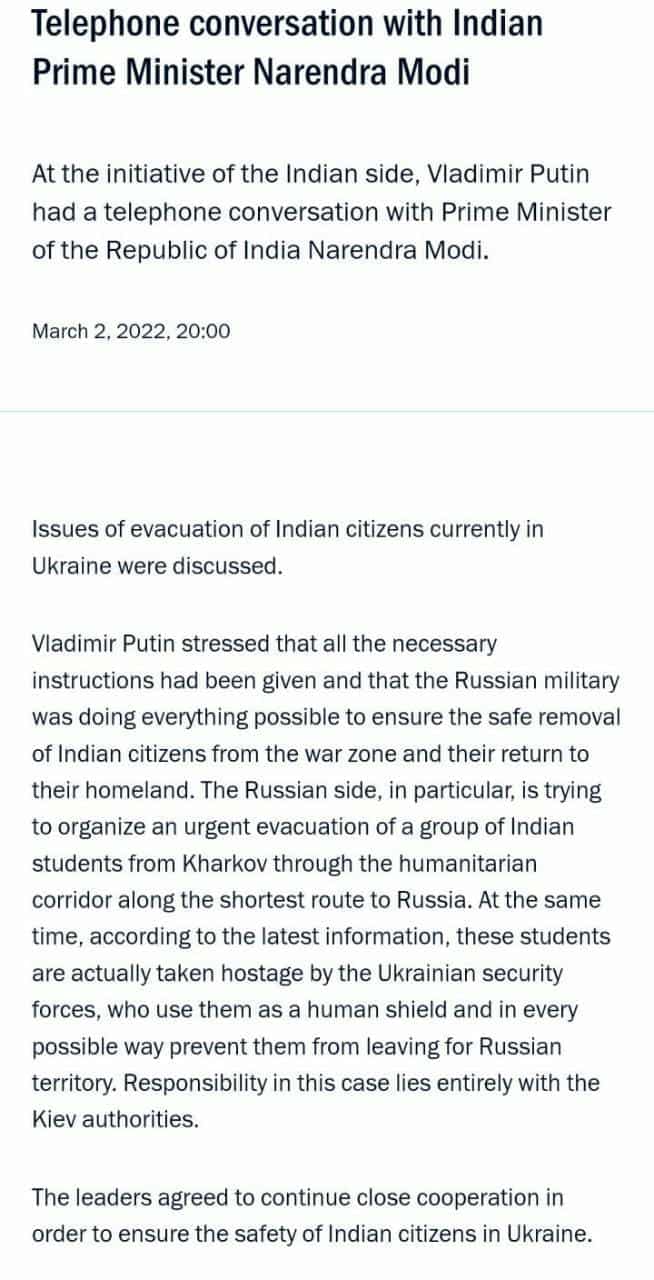 India has already launched 'Operation Ganga' to bring back Indian citizens and students who are caught in the Ukraine conflict. On Wednesday (March 2) Indian embassy in Ukraine issued an advisory for citizens and said that they "must leave" Kharkiv immediately. Kharkiv is under attack from Russian forces.

It was in Kharkiv that first casualty of an Indian medical student was recorded on Tuesday (March 1).

Also Read | As people refuse to leave furry companions behind, India relaxes norms for bringing back pets from Ukraine