Modi, Biden to hold virtual meeting on Monday amid tensions over Russian ties 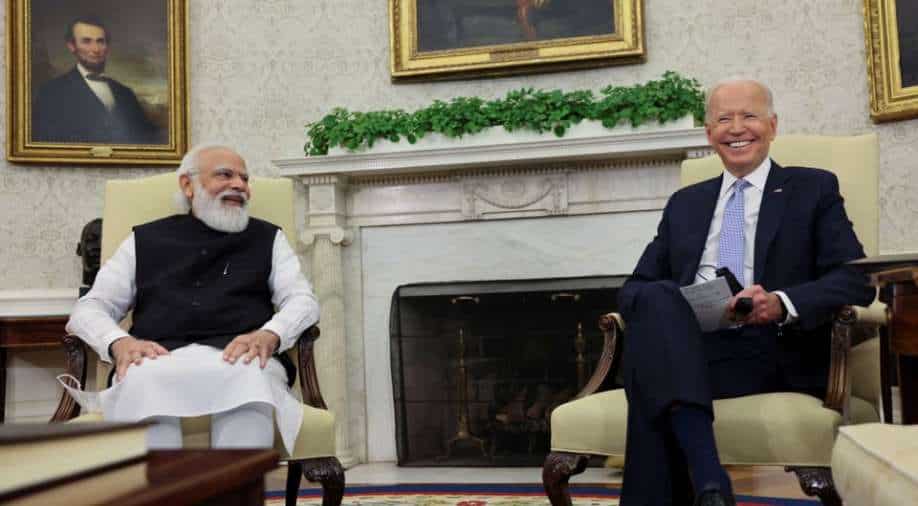 Indian Prime Minister Narendra Modi and US President Joe Biden will hold a virtual meeting on Monday to review the ongoing bilateral cooperation.

They will also exchange views on the recent developments in South Asia, the Indo-Pacific region and global issues of mutual interest, according to the press statement released by India’s Ministry of External Affairs on Sunday.

“The virtual meeting will enable both sides to continue their regular and high-level engagement aimed at further strengthening the bilateral comprehensive global strategic partnership,” it said.

Notably, the virtual interaction will take place ahead of the fourth India-US 2+2 ministerial dialogue that is scheduled from April 10 and April 15.

The Indian side will be led by Defence Minister Rajnath Singh and Minister of External Affairs Dr S. Jaishankar, and the US will be represented by Secretary of Defence Lloyd Austin and Secretary of State Antony Blinken.

The visit comes in the backdrop of the Russia-Ukraine war during which the relations between India and US witnessed a slight political hiccup.

It started with India reportedly agreeing to buy Russian oil which didn’t sit down well with the Biden administration.

During the visit of Indian-American Daleep Singh, the key architect of the Biden Administration for Russian sanctions, India was reportedly advised against purchasing Russian oil.

The White House had, however, clarified that Singh had a constructive dialogue on his trip and his remarks shouldn't be seen as a warning.

"He (Singh) went and had a constructive conversation and made clear that while it's the decision of each individual country, including India, to determine whether they're going to import Russian oil, it is only 1 to 2 per cent of their imports, about 10 per cent of their imports is from the United States," White House Press Secretary Jen Psaki said.

“What Daleep did make clear to his counterparts during this visit, was that we don't believe it's in India's interest to accelerate or increase imports of Russian energy and other commodities,” Psaki had said.