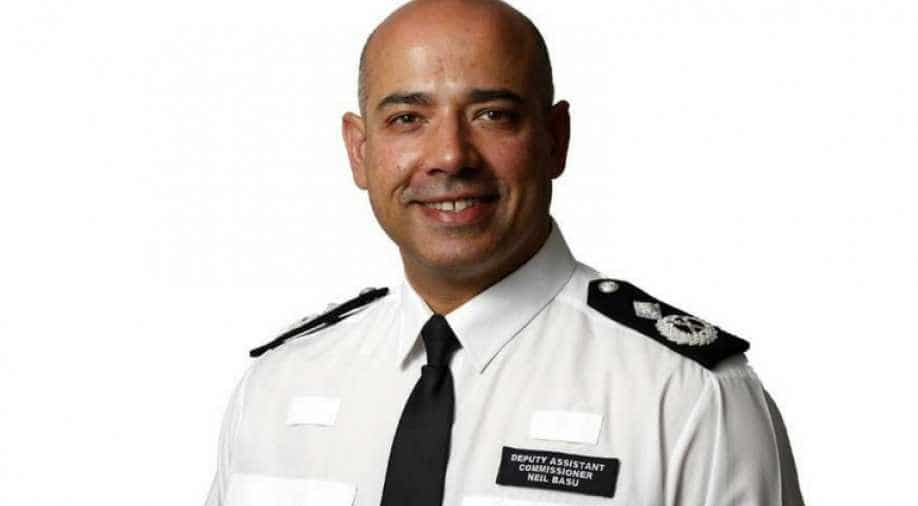 Neil Basu, a senior Indian-origin Scotland Yard officer, was today appointed as the counter-terrorism chief, a job viewed by many as the toughest in British policing.

He will take charge as the force's National Lead for Counter Terrorism (CT) and the Head of the Met Police's Specialist Operations after the resignation of incumbent Mark Rowley on March 21.

Basu, whose father is of Indian origin, said "It is a privilege to be asked to join the management board of the Met and to lead for CT policing at such a point in our history. It is both a challenge and a duty that I accept with humility and a sense of great purpose".

"I will lead to the best of my ability, the most extraordinary people I have ever worked with as they work night and day to counter terrorism," he said in a statement.

Basu was promoted to Deputy Assistant Commissioner in 2015 and at that time was posted to lead on protection and security, including Royalty and Specialist Protection, Parliamentary and Diplomatic Protection, Aviation Policing and Protective Security Operations.

He took up his current role as Senior National Coordinator for counter-terrorism in October 2016, responsible for delivering the police response to pursuing terrorists and the forces prevent strategy aimed at de-radicalisation to prevent terror attacks.

Prior to that, Basu worked as a detective in all ranks up to Detective Superintendent in a range of areas including anti-corruption and homicide within the Met Police's Serious and Organised Crime Command.

He has also held the posts of area commander for South East London and Head of Armed Policing within the force.

"I am delighted that Neil is joining our senior team. He takes on a job of enormous importance and responsibility leading counter-terrorism policing nationally and in London and is a worthy successor to Mark Rowley," Scotland Yard chief Cressida Dick said.

The Met Police Commissioner praised Basu for his "skills, experience and character" and described him as a leader of courage, compassion and integrity.

"He has already undertaken some of the toughest jobs in policing, not least in the last year as senior national coordinator countering terrorism and has proven how good his judgment and resilience is... I know he will do a great job," she added.

Basu had been the front-runner for Britain's top job in counter-terrorism, often referred to as the toughest policing role in the country.

He is well regarded by others in policing as well as by MI5, the UK's internal security service which works closely with the police on countering terror attacks.

Scotland Yard said that a recruitment campaign will be launched later this month to fill Basu's current role as Senior National Coordinator.

In the interim, Commander Dean Haydon, who is the head of the Met's Counter Terrorism Command (SO15) will undertake this role as temporary Deputy Assistant Commissioner and Senior National Coordinator.