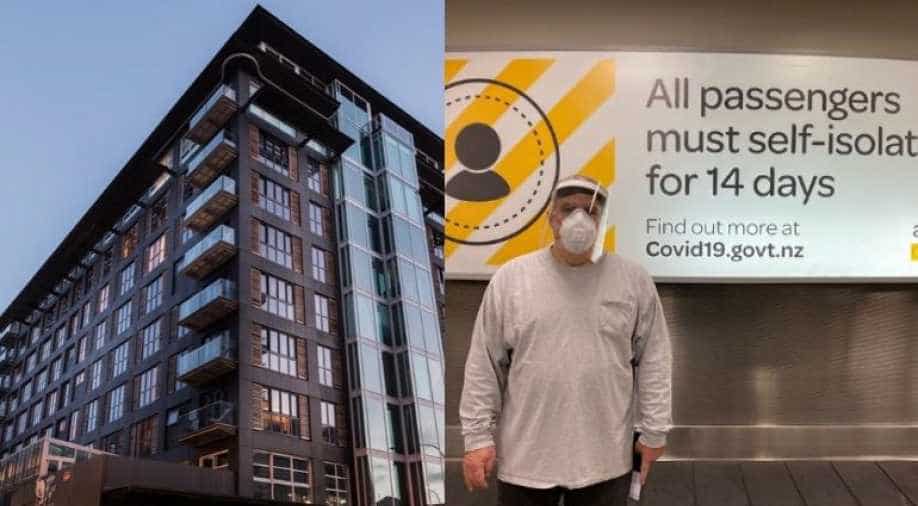 The Indian man appeared to have made a spur of the moment decision and dashed through a gap where fencing was being replaced. A guard was observing the area but confused the man with contractors working on the fencing. The alarm was raised within minutes but security were unable to find the man.

A 32-year-old man, who recently returned from India and tested positive for the deadly coronavirus, will be charged with missing from a managed isolation facility in Auckland to go to a supermarket, according to media reports.

The man, New Zealand's latest new case of COVID-19, escaped through a fenced area from an isolation facility at about 6:50 pm local time on Tuesday, the New Zealand Herald reported.

He has been sent to a quarantine facility after he was confirmed to have the coronavirus. However, the man was asymptomatic and did not appear to have come into close or casual contact with anyone, the report said.

The man, whose identity was not immediately known, came from Delhi on July 3, it added.

Health Minister Chris Hipkins has slammed the man's actions as "selfish" and says he will face charges, the report said.

But he wouldn't describe the episode as a failure of the government's processes, and even though those processes will now be reviewed, he said if anyone should apologise, it was the man who broke the law.

Mr Hipkins said the man appeared to have made a spur of the moment decision and dashed through a gap where fencing was being replaced.

A security guard was observing the area but confused the man with contractors working on the fencing. The alarm was raised within minutes but security were unable to find the man.

Mr Hipkins said the man may have spent 20 minutes in the supermarket on Victoria St West, and he returned of his own volition 70 minutes after leaving, the report added.

He will be charged and now face up to a six-month jail sentence or a $4000 fine, the report added.

After the man's positive test result came today, the supermarket staff are now self-isolating and will also be tested for the virus, the Stuff reported.

"CCTV footage from within the supermarket has confirmed there was no close contact between the man and any staff or customers during his time there," head of managed isolation and quarantine Air Commodore Darryn Webb said.

There are now 23 active COVID-19 cases in New Zealand, all in managed isolation or quarantine, and 1187 confirmed cases.