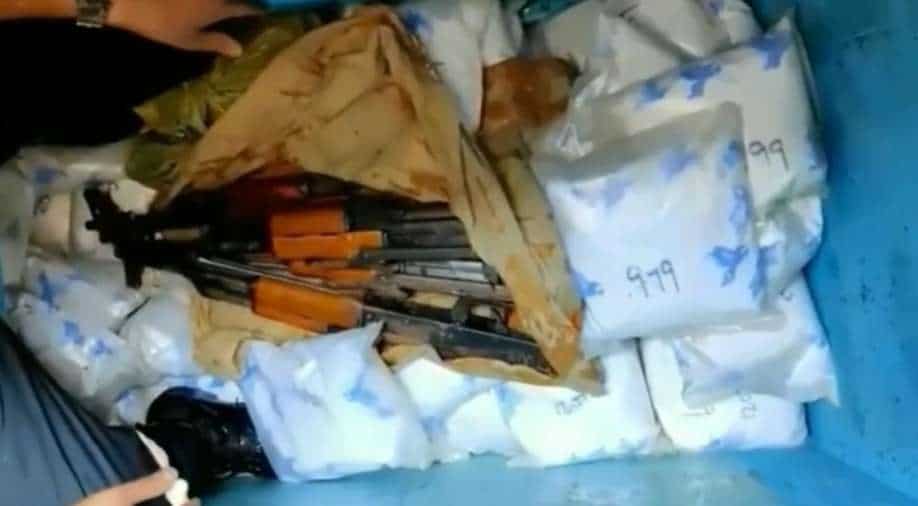 Based on intelligence inputs on drug trafficking, Indian Coast Guard air and sea assets intercepted three Sri Lankan boats off the Lakshadweep region on India’s west coast on March 18. Boarding and search of the three vessels led to the seizure of 300 kg high-grade heroin, 5 Ak-47 rifles with 1,000 live rounds, from one of them named Ravihansi. The estimated value of the seized contraband is Rs.3000 cr (over USD 412 million).

The Sri Lankan boats and their 19 crew were escorted to Vizhinjam in Kerala for a further joint investigation by Indian authorities.

K.Natarajan, Director General, ICG said that the ICG received the intelligence on March 15 and five ships were diverted, besides aircraft that were coordinating. On March 18, they made contact with the vessels, as they were moving suspiciously, south of Minicoy. “Certain movement indicated that the vessels had contraband on board. We encountered a vessel named Chetrani 6 towing a fishing boat Ravhansi, which had a technical snag. Boarding and searching was done from 18th and after two days of search the concealed weapons and drugs were seized” he said.

According to India’s Coast Guard, this is the second major anti-drug trafficking operation undertaken by them off the West Coast, within a fortnight.  On March 5, in a similar operation, the CG had apprehended Sri Lankan vessel Akarsha Duwa off Minicoy island. The boat with six crew had admitted to carrying 200 kg of Heroin, 60 kg hashish, which they jettisoned at sea, on sighting ICG assets.

Over the last year, the ICG has seized about 1.6 tons of narcotics worth nearly Rs.4,900cr, which is close to half of the drug seizures worth Rs.10,952cr, made since their inception.