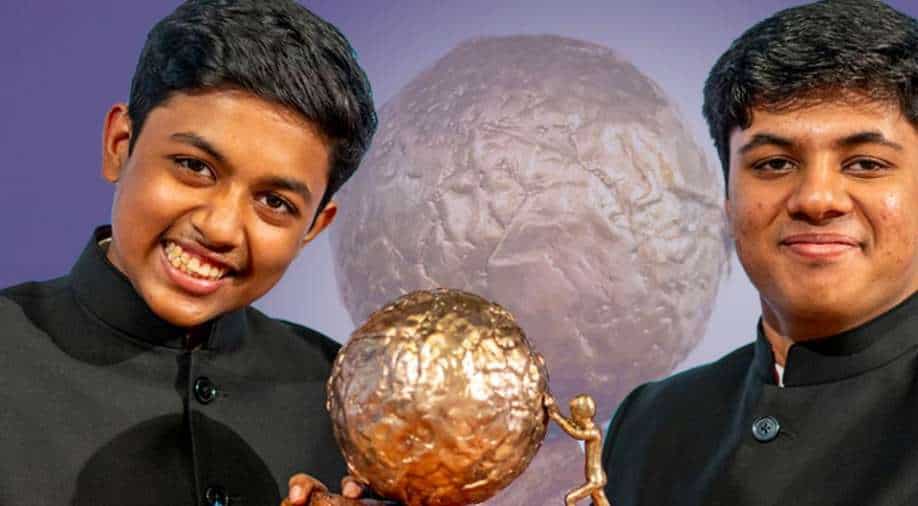 Three years ago Vihaan and Nav Agarwal had founded "One Step Greener" (OSG) aimed at preventing pollution caused by waste.

Two brothers from India Vihaan,17, and Nav Agarwal ,14, won the International Children's Peace Prize for their role in reducing waste and pollution in New Delhi.

Three years ago the brothers had founded "One Step Greener" (OSG) aimed at preventing pollution caused by waste. It started as a small initiative initially but has now grown to cover several households, schools and offices in a city-wide operation.

Reports say the initiative is self-funded. Two years ago the brothers took part in a drive to plant trees in the capital with the help of NGOs.

Vihaan and Nav were handed the prestigious award by Indian Nobel Peace Prize laureate Kailash Satyarthi at a ceremony in The Hague, Netherlands.

The brothers took up the cause of air pollution after two people were killed in Delhi’s Ghazipur after the landfill collapsed. "One Step Greener" now has full-time employees including volunteers. The aim of the initiative is "Zero Waste India".

The award is significant in view of the COP26 summit in Glasgow where world leaders have pledged to take steps to address climate change over the next few decades.