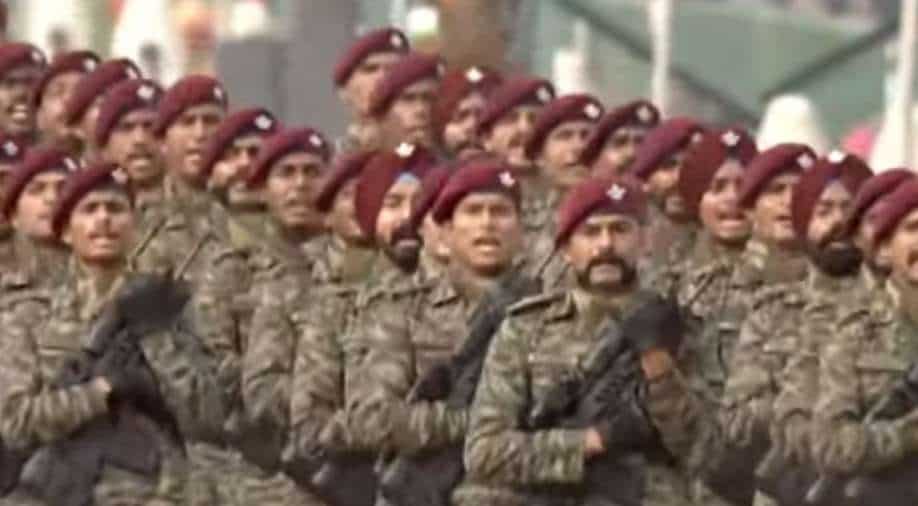 The Parachute Regiment of the Indian Army donned the new combat uniform during the Republic Day 2022 parade on Wednesday.

During the parade, the Parachute Regiment, which is an airborne and special forces regiment, was carrying the latest Tavor Assault rifles.

The new Indian Army uniform was unveiled at the parade ground on the occasion of the Army Day Parade (January 15).

The new uniform has been designed by a team of eight students and professors from the National Institute of Fashion Technology (NIFT).

The changes in material and pattern were done to make it easy and comfortable to be worn by men and women in the Army.

The new uniform is of digital pattern and also, one of the key features of the uniform is that the soldiers will not have to tuck in the dress as in the new uniform, the belt will be under the dress.

The new camouflage dress is an amalgamation of colours including earthen and olive. It will be introduced in the Indian Army by August this year.

It is also more climate-friendly and suitable for the different kinds of terrain.

Ahead of the vibrant parade, India's national flag was unfurled at Rajpath followed by the National Anthem with a booming 21-gun salute.

Indian President Ram Nath Kovind honoured the proud winners of the highest gallantry, including the winners of Param Vir Chakra and Ashok Chakra.