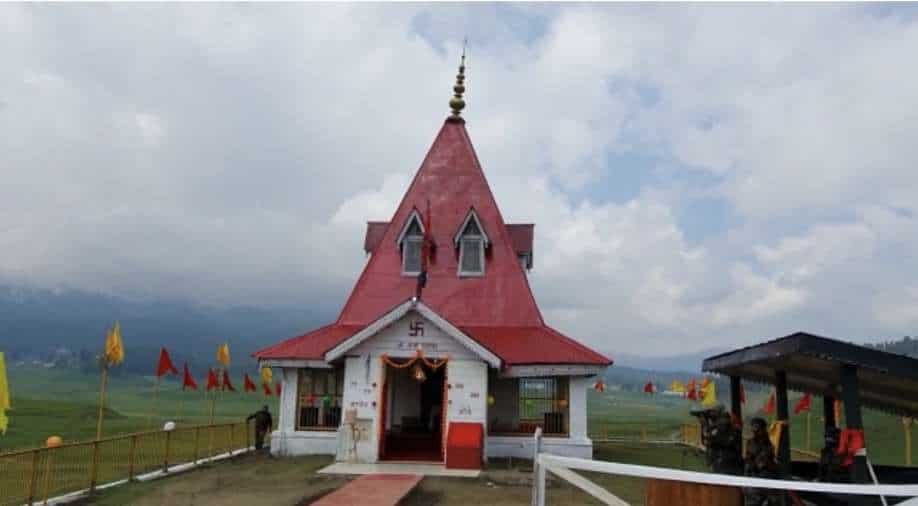 “Kashmir is not only famous for its natural beauty but also for its religious harmony," said Director Tourism Dr G N Itoo Photograph:( WION )

The Shiv temple required extensive renovation since no restoration work had taken place for a long. A large number of locals and tourists visiting the scenic town Gulmarg had expressed their desire to see the temple restored to its original state.

The Indian Army Battalion at Gulmarg, with the help of locals, repaired the structure of an old Shiv temple, which was featured in the famous 1974 Hindi film 'Aap Ki Kasam'.

The song from the film "Jai Jai Shiv Shankar" was filmed around this Shiv temple.

This Shiv temple was constructed in 1915 by Maharani Mohini Bai Sisodia, wife of erstwhile Maharaja Hari Singh of Jammu & Kashmir.

The Shiv temple required extensive renovation since no restoration work had taken place for a long. A large number of locals and tourists visiting the scenic town Gulmarg had expressed their desire to see the temple restored to its original state.

Indian Army has always maintained a close connection with the local Kashmiri public and took it as an opportunity to contribute to the plural heritage of Kashmir. 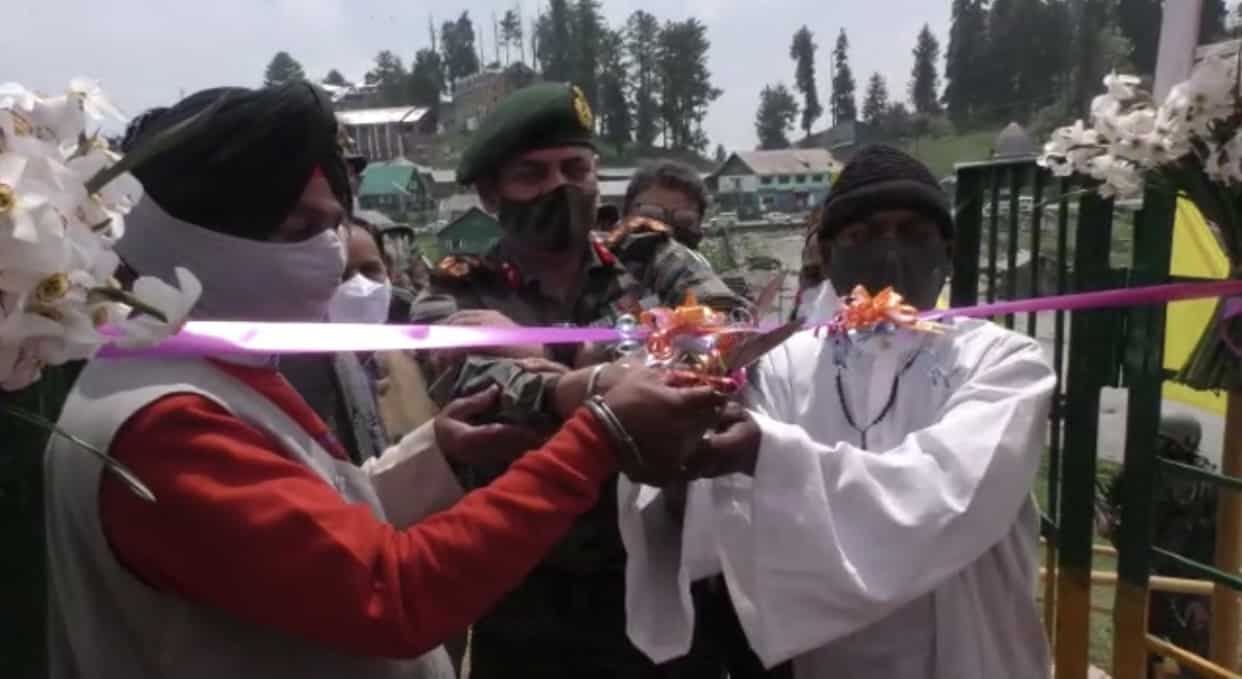 The renovated Shiv temple was resurrected and reopened to the public today. Speaking on the occasion, Ghulam Mohammad Sheikh, the caretaker of the Shiv temple, said that “the Shiv Temple is a testimony to the pluralistic culture of Kashmir and its proud heritage."

He further exhorted the Gulmarg community to continue doing community service without any religious prejudice and in the true essence of Kashmiriyat.

Commander 161  Brg B S Fogat said “it’s known to everyone that Kashmir is a paradise on earth but the real beauty of Kashmir is its people and the massage to the world is of Kashmiriyat and brotherhood if we see around us here we will find a Gurudwara a church a mosque and a temple this is real Kashmiriyat this temple is taken care by a Muslim from last 30 years which is a big example of Kashmiriyat and an inspiration for all."

"Gulmarg is a tourist place and keeping in view that Indian army and civil administration we took together the work of renovation and locals helped a lot and we took initiative but it was completed with everyone’s effort,” he added.

The reopening of the temple was done with help of the Kashmir Tourism department.

Speaking on the renovation of the Shiv Temple Director Tourism Dr GN Itoo said “ Gulmarg is a symbol of brotherhood and we have Temple, Church, Mosque and Gurdwara here and whenever a tourist come to this place whatever religion he had he gets a nice feel apart from the scenic beauty," Dr Itoo said.

“The tourism Department will keep taking projects of beautification of religious places across the valley. We are trying to promote religious tourism also,” Mr Itoo added.