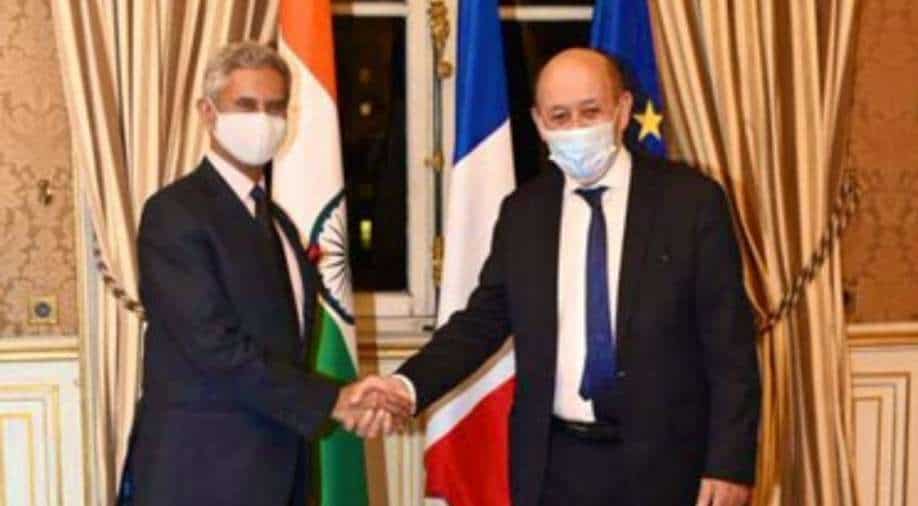 Both the ministers discussed bilateral cooperations and Indo-Pacific at lengths. They also discussed the ongoing Russia-Ukraine crisis situation. "Arrived in Paris. Held wide-ranging and productive talks with FM Jean-Yves Le Drian," Jaishankar wrote on his Twitter.

On Sunday, Jaishankar began his three-day visit to France and he will also give an address at the French Institute of International Relations (IFRI).

The Indian external affairs minister is set to attend the EU Ministerial Forum for Cooperation in the Indo-Pacific on February 22. The forum is crucial from the perspective of India as it will happen amid Chinese assertiveness in the Indo-Pacific region.

This visit comes after Jaishankar participated in the Munich Security Conference (MSC) 2022 in Germany, where he held a series of meeting with ministers from Europe, Asia, and other parts of the world.

The border tensions have deteriorated as Russia has placed more than 150,000 troops near Ukraine's borders in recent weeks, the United States and Western allies have estimated.