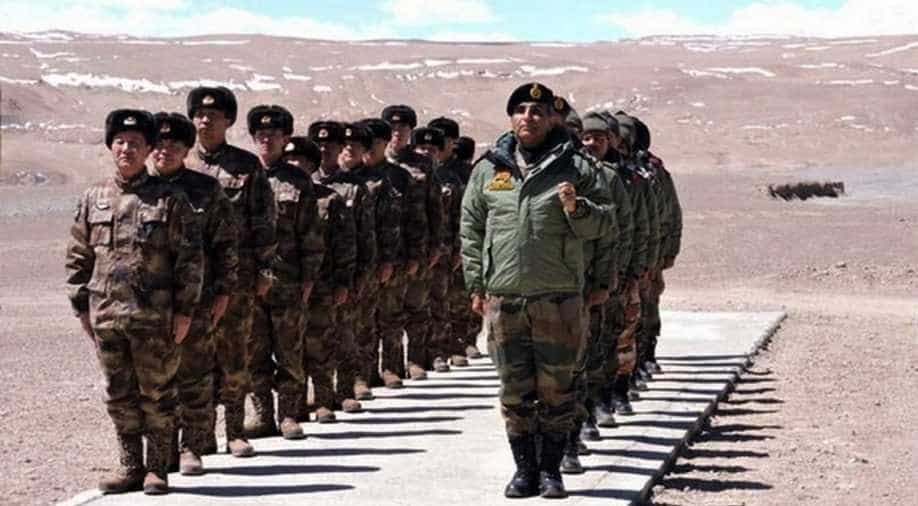 While Indian Prime Minister did not send birthday wishes to Chinese President Xi Jinping yesterday for the first time in many years, today's violent faceoff between the troops of both the countries show how precarious the terms are between the two countries.

Both of them have suffered casualties amid de-escalation in the Galwan valley.

There was a faceoff between Indian and Chinese troops last evening in the Galwan region near patrolling point number 14 in which there were casualties on both the sides.This has happened for the first time in atleast four decades.

On the Indian side atleast three armymen were killed in action. The casualties include 2 soldiers and a senior officer Colonel Santosh Babu, the commanding officer of the 16 Bihar regiment.

No firing is said to have taken place, it was a skirmish, a physical brawl.This is being called a result of six weeks of massive build-up.

Beijing is suggesting that India provoked it first. It accuses Indian troops of illegally crossing into Chinese territory.

The Chinese foreign ministry says that this was a ''serious violation'' of the consensus reached during disengagement talks.

But China is yet to admit if it suffered any casualties. China warned India to prevent ''complicating the border situation'' taking provocative and unilateral action.''

The Chinese army has a system of political commissars. These are officers who serve as the link between the party and the army.

They are responsible for political indoctrination and for motivating soldiers in combat situations.

According to sources the political commissar was instrumental in ratcheting up the tension and provoking this scuffle.

The Chinese troops constructed a temporary structure on indian side of the border, a clear violation of the consensus reached during the military-level talks.

The Chinese side returned in big numbers prepared for a faceoff. Colonel Santosh Babu and his batallion went ahead to block the Chinese incursion. A violent clash ensued, a number of soldiers apparently got pushed  into the Galwan river.

The number of casualties is said to beyond three. As per sources atleast 15 soldiers are said to have been killed in action on the Chinese side.

India is much better prepared today to deal with a chinese offensive than it was at the time of Doklam..

Ther army has reportedly been placed on an 'orange alert', this is the second-highest level of alert, second only to the red alert.

It is usually placed in anticipation of a strike. A large-scale confrontation.

The army has sounded the orange alert several times in the past. Mostly after or in anticipation of terror attacks.

Dialogue is being given the top priority. India and China were engaged in marathon talks the entire day.

The Indian Defence Minister chaired a crucial meeting to review the situation. It went on late till this evening.

It was attended by the Chief of Defence Staff Gen Bipin Rawat, the three service chiefs and the foreign minister of India S.Jaishankar.

The Prime minister of India is being briefed about all important developments.