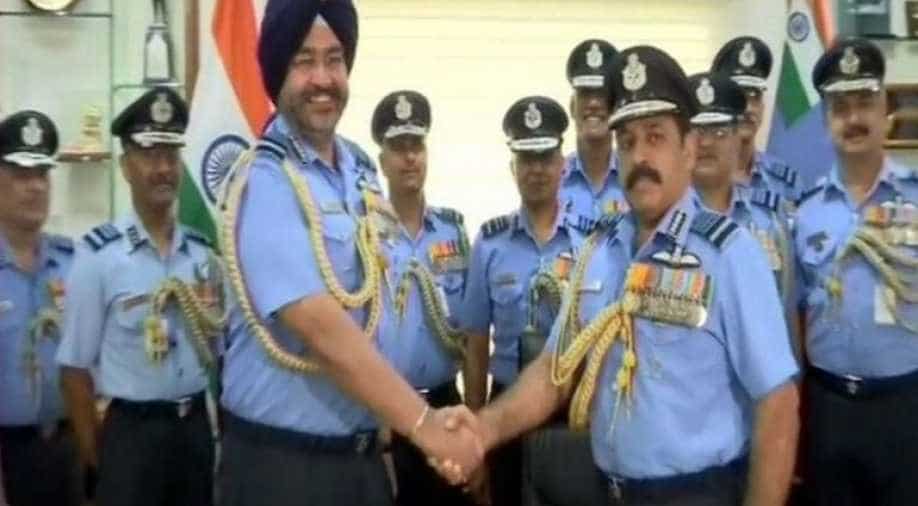 The video showed the story of airstrikes which IAF carried out on Jaish-e-Mohammed camp in Balakot, Pakistan on February 26, earlier this year.

The Indian Air Force on Friday showed the story of Balakot airstrikes on a terror camp in Pakistan in a promotional video at the annual Air Force Day press conference which was addressed by Air Force Chief RKS Bhadauria.

The video showed the story of airstrikes which IAF carried out on Jaish-e-Mohammed camp in Balakot, Pakistan on February 26, earlier this year.

Releasing the video, Air Chief Marshal Bhaduria said that the footage in the promotional video was not actually from Mirage fighter jets that launched an airstrike on the terror launch pad in Pakistan's Khyber Pakhtunkhwa province.

The airstrike was carried out on February 26 days after a terror attack on a CRPF convoy in Jammu Kashmir's Pulwama which killed 40 personnel. JeM had taken responsibility for the terror attack.

The video also talks about the IAF foiling attempt by Pakistan Air Force (PAF) to carry out an attack on Indian military installations the next day.

The video has visuals of IAF pilots running out to their fighter jets and taking off and zoom in of potential targets.

In the aerial skirmish that followed PAF's failed attack, an F-16 of Pakistan was shot down by Wing Commander Abhinandan Varthaman of IAF who was piloting a MiG-21 aircraft.

The IAF chief said in his opening remarks that IAF successfully struck terrorist camps located at Balakot on February 26 this year.

"The next day IAF successfully thwarted Pakistan Air Force's attempts to attack our military establishments. In the aerial engagement that followed we shot down a PAF F-16 fighter aircraft and lost a MiG-21."