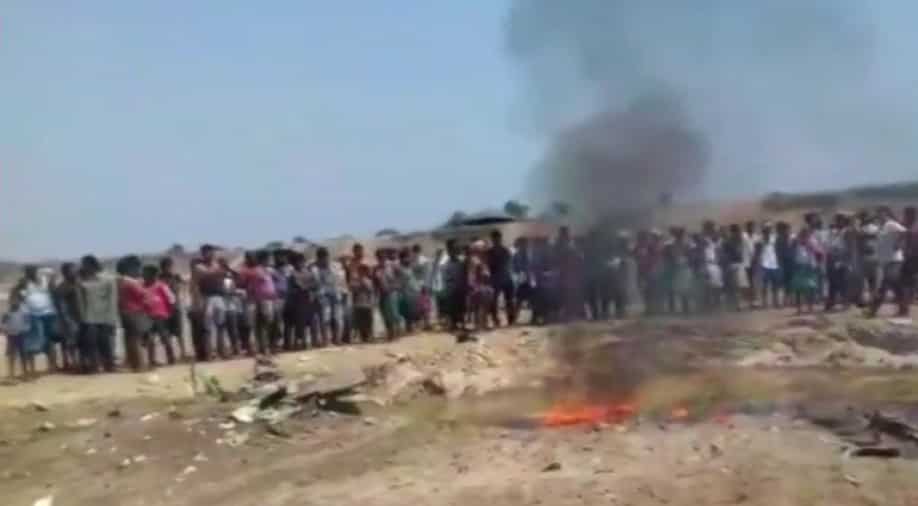 The aircraft was airborne from Kalaikunda on a routine training sortie. Photograph:( ANI )

According to reports, the aircraft crashed at Subarnarekha’s Topa ghat area of Mahuldangiri village of Baripada today.

It is suspected that the aircraft took off from Kalaikunda Air Force Station from neighbouring West Bengal and some locals at Rairangpur claimed to have spotted smoke coming out of the plane.

Earlier, a Hawk A-3492 had also crashed in a paddy field in Mayurbhanj district in 2015.

The aircraft was airborne from Kalaikunda on a routine training sortie. The trainee pilot ejected safely.

A Committee of Inquiry will investigate the cause of the accident.