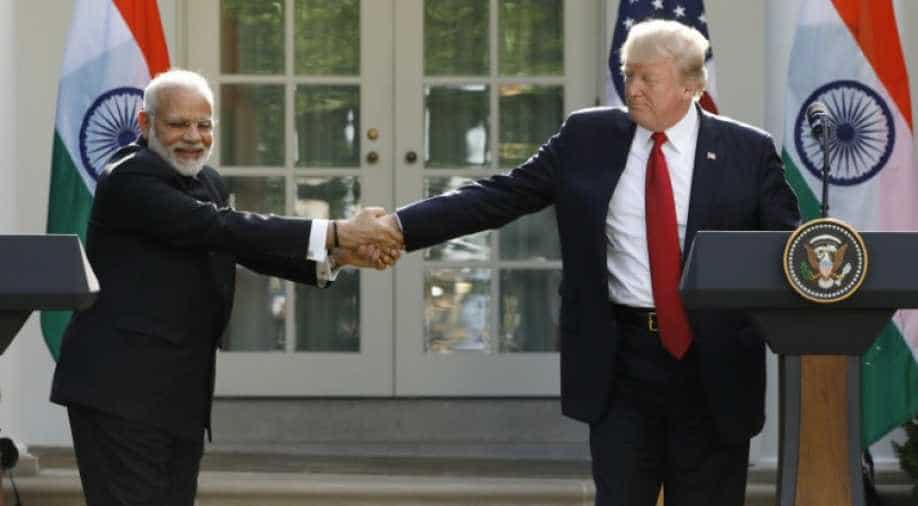 The Indo-Pacific region contributes two-thirds of global growth in the gross domestic product (GDP) and accounts for 60 per cent of the global GDP.

Asserting that the strategic partnership between India and the US has strengthened significantly during the past two decades, the Pentagon on Friday told the Congress that both countries recognise the importance of the Indo-Pacific to global trade and commerce and share a common outlook on the region.

The Indo-Pacific region contributes two-thirds of global growth in the gross domestic product (GDP) and accounts for 60 per cent of the global GDP.

This region includes the world's largest economies- the United States, China and Japan- and six of the world's fastest-growing economies - India, Cambodia, Laos, Myanmar, Nepal and the Philippines.

A quarter of US exports go to the Indo-Pacific. Exports to India and China have more than doubled over the past decade due to free and open trade routes through the air, sea, land, space and cyber commons that form the current global system.

"Both countries recognise the importance of the Indo-Pacific to global trade and commerce and acknowledge that developments in this region will shape the larger trajectory of the rules-based international order," the Pentagon said in an Indo-Pacific Strategy Report to the Congress amidst China flexing its muscles in the South China Sea.

India, through its "Act East" policy, continues to make significant security, economic and development investments to secure the vision of a free and open Indo-Pacific region, said the report which is a comprehensive articulation of its role within a whole-of-government strategy for the Indo-Pacific region.

As an implementation document, the report provides clarity on the US National Defence Strategy as it applies to the region and highlights the role of allies and partners in implementing our shared vision for a free and open Indo-Pacific.

Noting that the Indian Ocean Region is at the nexus of global trade and commerce, with nearly half of the world's 90,000 commercial vessels and two thirds of global oil trade travelling through its sea lanes, it said the region boasts some of the fastest-growing economies on Earth and is home to a quarter of the world's population.

While the region offers unprecedented opportunity, it is also confronting a myriad of security challenges, including terrorism, transnational crime, trafficking-in-persons, and illicit drugs.

To combat these challenges, the United States seeks opportunities to broaden and strengthen partnerships with India, Sri Lanka, the Maldives, Bangladesh and Nepal to respond to shared regional challenges, the report said.

The US and India maintain a broad-based strategic partnership, underpinned by shared interests, democratic values and strong people-to-people ties, it said.

"The US-India strategic partnership has strengthened significantly during the past two decades, based on a convergence of strategic interests, and the United States and India continue to use their deepening relationship to build new partnerships within and beyond the Indo-Pacific," the Pentagon said.

Noting that in June 2016, the US designated India a "Major Defense Partner," a status unique to India, the Pentagon said the designation seeks to elevate the US defence partnership with India to a level commensurate with that of the United States' closest allies and partners.

The establishment of the US-India 2+2 Ministerial Dialogue in September 2018 also serves as a tangible demonstration of our commitment to promoting the shared principles of a free and open Indo-Pacific, it said.

According to the Pentagon, the US continues to pursue a range of initiatives with India to enable cooperation, strengthen their inter-operability, and establish a strong foundation for defence trade, technology sharing, industrial collaboration, and broader cooperation on defence innovation.

The signing of the Communications, Compatibility and Security Agreement in 2018 represents a significant development in our military-to-military relationship, facilitating greater inter-operability and real-time secure information-sharing. Department of Defense and the Indian Ministry of Defence are increasing the scope, complexity, and frequency of our military exercises.

Later this year, the US and India will conduct their first tri-service exercise, it said.