India one of our most trusted regional partners: Tahir Qadiry, Afghan head of mission to WION 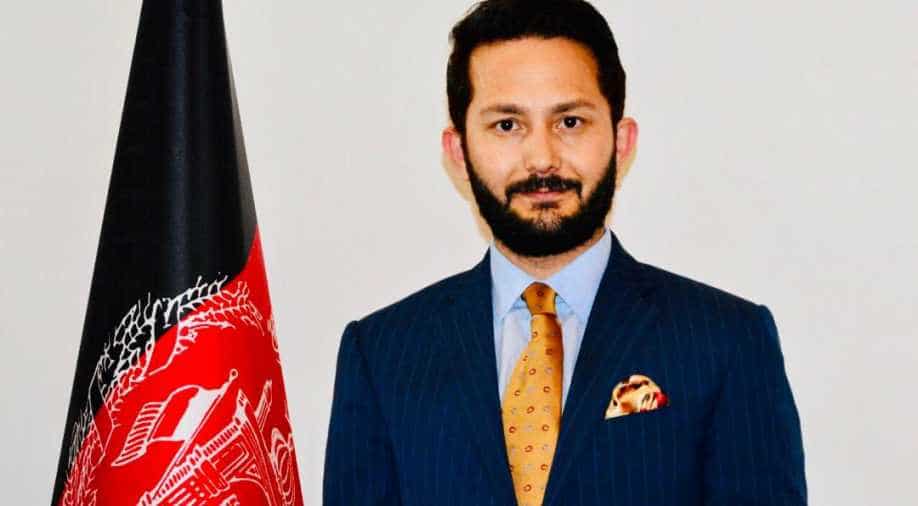 India is one of the most trusted regional partners of Afghanistan: Tahir Qadiry Photograph:( WION )

Tahir Qadiry thanked the India government for its role in helping to develop the Afghanistan cricket team which is currently playing in the World Cup in England.

In a candid chat with WION's principal diplomatic correspondent Sidhant Sibal, the new Afghan head of mission, Tahir Qadiry lauded Indian government's position on the Afghan peace process and New Delhi's role in the country while thanking India for its support to the Afghan cricket team.

WION: How do you see the current sporting ties, with India helping to develop Afghan cricket?

Tahir Qadiry: We thank WION since it is watched widely in Afghanistan. Whenever I meet an Indian friend, it is usually about cricket which I feel is a form of new diplomacy which is linked to our national identity, national pride, national joy, and something really good, since its better than being asked about insecurity, problems in Afghanistan.

Sports is a good reputation to have for Afghanistan. Thanks to India for giving us two home grounds for our Afghan cricket team -Dehradun and Greater Noida. The cricket players our peace ambassadors, they are doing great work, they are coming out of ashes, they are appearing on international grounds and bringing Afghanistan victory, their presence is a big thing for Afghanistan.

When we had a match against India, that was the only time the whole of Afghanistan was confused, who to support or who to clap for, but in the end, it was like we don't care who wins, it was a victory for both nations. I saw a couple of tweets saying India won, but Afghanistan won the hearts.

WION: How do you see India's role in your country?

Tahir Qadiry: India has been contributing hugely in Afghanistan. I, as the in-charge of the embassy and the representative of the Afghan government, believe that India has rightly designed its projects in Afghanistan. India wanted Afghanistan to have a democratic house, so they built a house of Parliament.

I believe India has designed projects which have won the hearts and minds of people and every single Afghan, and of course Bollywood, people are so emotionally attached. while we appreciate the generous contribution of India in Afghanistan, we expect more, there are loads of other projects which are going to be implemented.

India is one of the most trusted regional partners of Afghanistan and Afghans have huge respect and affection for India, and our Indian brothers and sisters, so we expect more projects, especially more cultural engagement and more people-to-people contacts, so that is the reason I am here and my main mission is to promote that sort of bilateral, cultural activities and portray a different image of Afghanistan and encourage our Indian partners to go Afghanistan as there are loads of venues for investment and cultural engagement.

WION: How is the closure of air space by Pakistan impacting your landlocked country, especially the India-Afghan air corridor?

Tahir Qadiry: Firstly, Afghanistan is no more a land-locked country, it is a land-bridge country. Secondly, the air corridor is the biggest achievement of the Afghanistan government and his Excellency the president because regional connectivity is what the current Afghan government is looking into which is paying off.

Since the start of the air corridor in 2017, it has made a huge impact on the lives of traders and the frequency of flights have increased.

Since 2017, Afghanistan exported millions of dollars worth of dry fruits to India, but since the closure of air space, it has badly impacted passengers and our traders as well because it's more time consuming and expensive. It used to take one and a half hour, it now takes four hours.

I have been speaking to our students here, which is a big community, 16000, they are facing problems and challenges. It is time-consuming, and for the traders as well, imagine if they bring fresh fruits from Kabul, it takes longer now, it rots. So its impacting lives of the people, ordinary Afghans, the people form part of medical tourism for India and as well as tourists who come just for sightseeing.

WION: Status of the  Afghan peace process, how do you see India's role?

That is why our president and senior officials have been advocating a kind of coalition that can form and establish regional consensus around the peace talks.

Afghanistan has achieved a lot in the last 18 years, we have freedom of expression and achievement in social and cultural and other spheres of society, so we have a new generation which is dynamic, committed and patriotic and very open-minded and these are the gains the Afghan government wants to preserve and safeguard.

WION: Your proactive diplomacy is getting you a lot of fans, the new age Afghan diplomacy...

Tahir Qadiry: That is exactly what I wanted when I was posted here, that we should be more responsive. So I launched a couple of cultural engagement programmes - the first thing I thought we must do was open up cultural diplomacy which is something that works with  Indians and Afghans.

Sometime you will not believe, I wake up at 3am and check my Twitter account and I feel more responsive. It is a high and very big responsibility on my shoulder.

I have to be responsive both to my people and to Indians who would like to travel and visit Afghanistan, for example, we launched a hotline, and there is an email address and a phone number.

Sometimes, it really doesn't matter what time it is, when I go there and an Indian sends me a message and says he comes from a part of India and he would like to donate some books to a school in Bamiyan, I felt so inspired and I said: look, every penny counts, so this is what is cultural engagement.

Perhaps based on my background that is one thing, but the second thing is that Afghanistan is at a very serious juncture and it is upon us to engage more and make the best of the situation.