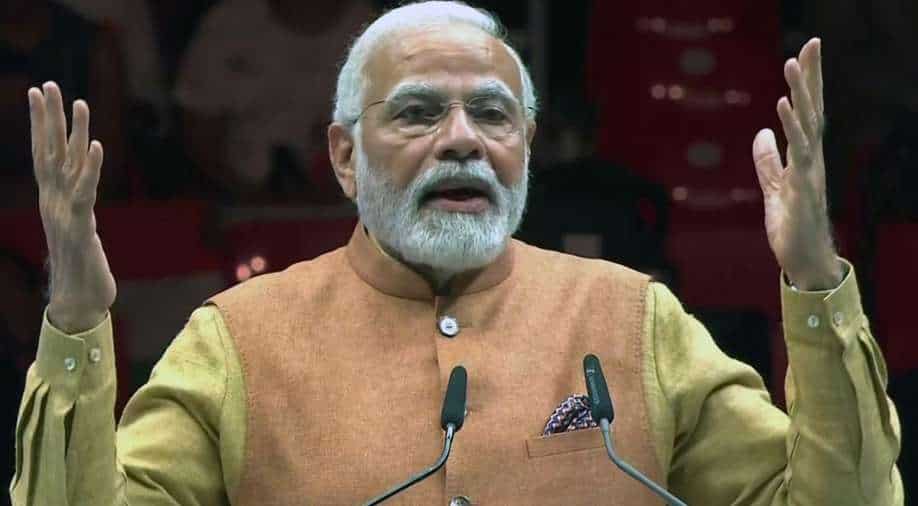 Indian Prime Minister Narendra Modi received a warm welcome from the Indian diaspora in Munich, Germany as he addressed the Indian community on Sunday (June 26). Addressing the Indian diaspora during a massive event at the Audi Dome indoor arena, PM Modi said that today's India has come out of the mentality of "it happens, it runs like this". He said that today, the nation takes a pledge to "have to do and have to do on time". PM Modi is visiting Germany to attend the G7 Summit.

PM Modi praised Indian democratic values and said that democracy is in the DNA of every Indian. Targeting the Congress Party, he recalled the emergency, that was imposed 47 years ago. PM Modi called it a "black spot" in India's vibrant democracy.

"Forty-seven years ago, an attempt was made to hold that democracy hostage and crush it. Emergency is a black spot on India's vibrant democracy,?" Modi said.

"We Indians feel proud of our democracy wherever we live. Every Indian can say with pride that India is the mother of democracy," Modi added.

Emergency was announced in the country on June 25, 1975 when Indira Gandhi was the Prime Minister. It was lifted on March 21, 1977.