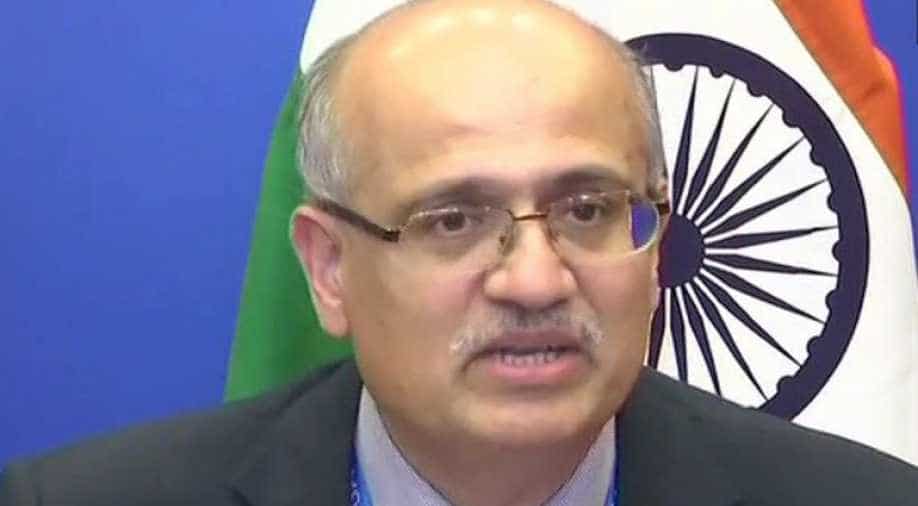 President Kovind will be in Myanmar on a three-day visit from December 11. He will be accompanied by a three-member delegation comprising parliamentarians from the North East states.

This is President Kovind’s eighth state visit and seventh and final visit of the year 2018. This is also his first visit to a country with which India shares a land border.

Putting the visit in perspective Foreign Secretary Vijay Gokhale said, "Myanmar is a close neighbour. It is also, by virtue of being an ASEAN country, the only one to which we are linked by land and sea. Therefore, it serves us as a link to South East Asia and for these reasons it is a country to which India attaches importance from the strategic perspective, from an economic perspective and from the cultural perspective given our cultural linkages and diaspora present in Myanmar."

During the visit, the President and the first lady will be hosted by the President of Myanmar. During his trip, the President Kovind will visit Shwedagon Pagoda, Shri Kali Temple and the Mazaar of the last Mughal Emperor Bahadur Shah Zafar. The President will also meet veterans of the Indian National Army and the surviving members of the INA.

Giving more details of the visit, Press Secretary to the President, Ashok Malik said, "It is the second visit after the Vietnam visit. President Kovind will be engaging with the Government and Leadership of Myanmar on a wide variety of issues ranging from connectivity to investment, people to people ties and agriculture."

The President will be accompanied by a three-member political delegation comprising Rajan Gohil, Minister of State for Railways; Ramprasad Sharma, Lok Sabha member from Tezpur, Assam, and K Bhavnanda Singh who is a Rajya Sabha member from Manipur. The delegation comprises parliamentarians from North East states and according to the press secretary is a "recognition of the fact that the development of the North East is interlinked with the development of Myanmar."

The visit comes even as the Rohingya issue continues to dominate the region's discourse. Hoping that Myanmar Bangladesh will soon implement the Rohingya repatriation agreement, Foreign Secretary said, "The government of India has noted that governments of Bangladesh and Myanmar have recently reached a bilateral understanding and, as the only country that neighbours both Bangladesh and Myanmar, we believe it is in our interest and in the interest of the region that this bilateral understanding is implemented as soon as possible and that the displaced persons return to their homeland as soon as possible."

Late last year, India signed the Rakhine State Development Program with Myanmar. The program is designed to assist the Government of Myanmar in Rakhine state to build housing infrastructure for the return of displaced persons. 250 units were planned for the first phase and by virtual means, the President of India will be handing over the first 50 units to the Myanmar side.

Connectivity will be a major focus area. Remember, India is building a trilateral highway, which will eventually connect India to Thailand through Myanmar, and Kaladan Multimodal Project that will connect Kolkatta with Sittwe port in the Rakhine state of Myanmar. India is now in the process of floating tenders to appoint a permanent port operator from Myanmar for the port. Efforts are also underway to connect Sittwe port by road to the Myanmar-Mizoram border.

Replying to whether India will be keen to link Kaladan project with Chinese port being built at Kyaukphyu, the Foreign Secretary said, "there is no plan to connect Kyaukphyu port to any of our projects as of now."

Last month, it was announced that China will be developing the Kyaukphyu deep-sea port in Myanmar. The port is near Sittwe port and the development comes even as China develops ports in other South Asian countries such as Pakistan, Sri Lanka and Bangladesh.