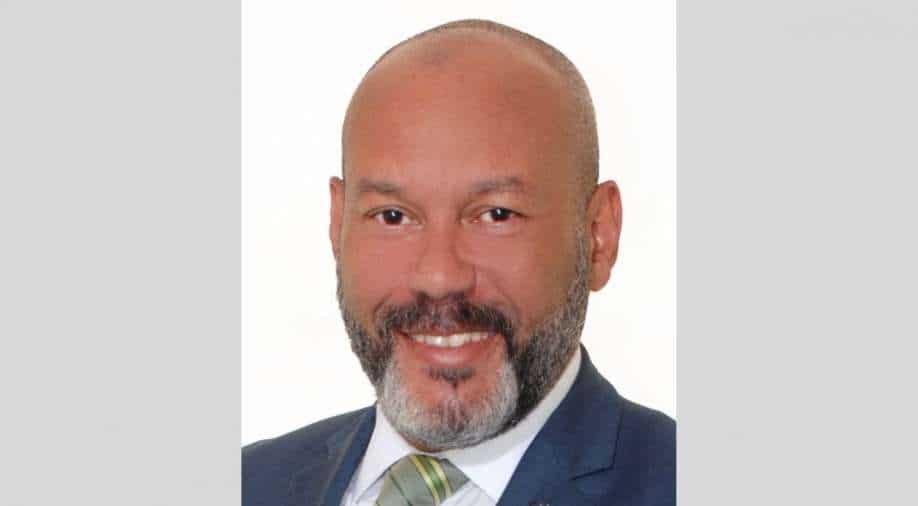 The Jamaican High Commissioner (HC) to India, Jason Keats Matthew Hall, has said India has a "remarkable vote of confidence" in Jamaican candidature for commonwealth Secretary-General. Jamaica's Minister of Foreign Affairs and Foreign Trade Kamina Johnson Smith is in the race for the secretary-general of the 54-member strong body. Both Indian External Affairs Minister Dr S Jaishankar and his Jamaican counterpart had spoken to each other last month during which, the Jamaican candidature for commonwealth was discussed.

Jason Keats Matthew Hall, who is the first resident High Commissioner to India, while speaking to our diplomatic correspondent Sidhant Sibal said, "Minister Johnson Smith’s qualifications and track record, she will be able to create a new era of unity, reinvigoration and reinvestment that will see the Commonwealth assume a pivotal role in the global quest for sustainable development and maintenance of global peace".

The Commonwealth summit is underway in Rwanda's capital Kigali, with key meetings on Friday and Saturday. Canadian PM, British PM and Indian external affairs minister Dr S Jaishankar are in the country for the summit.

The Jamaican high commissioner also talked about the recent visit of the Indian President to his country and the Indian diaspora connect. The Indian diaspora, of about 70,000 whose forefathers came from India, mainly from Eastern UP and Bihar as indentured labour from 1845-1917, makes up around 3% of the Jamaican population.

WION: How do u see India and Jamaica ties?

Jason Keats Matthew Hall: Jamaica and India have a long historic relationship dating back over 175 years to when indentured Indian labourers came to the Caribbean to effectively salvage the sugar plantation industry upon which we all depended heavily on. This year we celebrate 60 years of uninterrupted diplomatic relations. There is a very strong mutual respect between our two nations that is characterized by multiple forms of cooperation and collaboration, multilaterally at the UN and its various bodies, G77, NAM, and The Commonwealth. Both countries are aligned in terms of the vision to strengthen, expand and reform these multilateral fora to make them more representative accountable, effective and responsive to the geopolitical realities of the 21 st century. Today our bilateral relations are at their strongest, with the recent opening of the High Commission in New Delhi in 2019, and a heightened level of activity and engagement it will grow even stronger. India has and continues to be a critical development partner for Jamaica over the years and Jamaica has the highest esteem for India and its role as a global leader in climate change resilience, response and mitigation as well as in the fields of technology, medical services, traditional medicine, in particular Ayurveda, Yoga, Unani and Homeopathy. Jamaica recognizes the tremendous contributions that India has made to the world-spanning millennia. We are especially grateful for India’s support at the outset of the Covid pandemic with a critical donation of vaccines and we now look to India as a leader in the global knowledge economy in which we hope to carve out a niche for ourselves, capitalizing on our strategic geographic positioning, strong economic growth, leveraging Indian advances in education and academic research. Jamaica presents a particularly strong value proposition to India as a potential gateway for Indian innovation to the wider region and the Americas, specifically in energy, logistics, manufacturing, mining, digital services (BPO, etc), pharma, medical services and creative industries. There are also opportunities for trade and the introduction of unique Jamaican lifestyle exports such as premium rum, coffee, condiments, spices as well as nutraceuticals.

WION: Cricket has been a strong connection between the two countries Indian President gave kits during his visit

Jason Keats Matthew Hall: It is great that we share this common love for the sport, especially cricket, where we have both enduring legacies of excellence. Jamaica recognizes the tremendous contribution that India has made to the game, in particular now with the IPL where many of our stars compete among the world’s elite in the sport. The gift of kits was well received and bodes well for further collaboration and cooperation in sport, extending beyond cricket as we will also be assisting India to develop its national athletics programme, particularly in track and field where Jamaica boasts an unbelievable track record on the global stage with the fastest man, and woman in the world and the envious record of having won more than a third of the total medals to be won in the sprint events at the Olympics and World Championships over the past century. Already, a few Indian athletes have undergone training in Jamaica and I am confident that in this vast, extremely diverse sub-continent where you will find future talent to join us on the medal podium.

WION: How has the Indian President's visit helped strengthen the ties?

Jason Keats Matthew Hall: The historic visit marks the highest-level visit from India ever, celebrating 60 years of uninterrupted diplomatic relations between our two countries. During the visit there were many top-level exchanges between the President and Jamaica’s Governor-General as well as our Prime Minister, highlighting the steady growth in bilateral trade and investment and observing the scope for further cooperation. The leaders identified areas for cooperation in health and pharmaceuticals, ICT, logistics, infrastructure, agriculture, mining, tourism and BPO. An MOU on cooperation between the Sushma Swaraj Inst of Foreign Service and the Ministry of Foreign Affairs and Foreign Trade was signed and the stage set for other agreements on cultural exchanges, and other forms of collaboration to be signed in short order. President Kovind also inaugurated the India-Jamaica friendship and renamed a street in downtown Kingston after Dr BR Ambedkar. On the whole, the visit generated a great deal of awareness about Jamaica in India, it sets the stage for a follow-up visit of Prime Minister Holness to India where will see reciprocal initiatives.

WION: In terms of the Indian diaspora, Jamaica being a Girmit country, how do you see the role in the country and ties with India

Jason Keats Matthew Hall: The Indian diaspora in Jamaica have played a significant role in the country’s economic development contributing over the years at multiple levels in business, finance, the arts, sport, trade, medicine and digital services. Having such a successful diaspora bodes extremely well for extolling the virtues of our great nation and the wide range of opportunities that obtains, and will no doubt play a role in further strengthening the relations between our countries and generating awareness of Jamaica not only as a destination to visit but also a place to invest and live in.

WION: Indian support for your FM's candidature for commonwealth SG. Has this been discussed with the Indian side?

Jason Keats Matthew Hall: The Commonwealth is an extremely important multilateral organization; it is the third-largest with a membership of 54 states, and a combined population of 2.4 billion, spanning a diverse range of economies, and circumstances. India regards Jamaica’s Minister of Foreign Affairs and Foreign Trade, Senator The Honorable Kamina Johnson Smith as a strong candidate to bring about important change and leadership to the organization, recognizing our ability to build consensus and bring focus to the critical issues we now all face on the planet. This is a remarkable vote of confidence and we intend to live up to if not surpass expectations to transform the Commonwealth into a more accountable, representative and effective organization for the betterment and welfare of all of its member states. Jamaica believes that there is untapped potential in the Commonwealth and that with Minister Johnson Smith’s qualifications and track record, she will be able to create a new era of unity, reinvigoration and reinvestment that will see the Commonwealth assume a pivotal role in the global quest for sustainable development and maintenance of global peace and security, all critically needed at this time.

India has been a very important supporter of our candidature for Secretary-General and we are confident that with Indian support and what is now the majority support of the member states, that Minister Johnson Smith will be the next Secretary-General of the Commonwealth of Nations.

WION: How do you see India and Caricom ties

Jason Keats Matthew Hall: The CARICOM is a unique grouping of mostly SIDS along with Guyana and Belize. As such we face a unique set of social, economic and environmental vulnerabilities and challenges. Our inextricable link with India is profound given a large number of people of Indian descent, dispersed throughout the region. With India at the forefront of climate change resilience, etc. we see the relationship as a critical one and hope to continue to grow and strengthen it. As Jamaica strengthens relations with India so too will the Region. We are looking forward to a follow-up India-CARICOM summit where we will be able to craft a comprehensive programme for cooperation and collaboration. CARICOM with its 14 Nation states is an important ally for India in multilateral fora and presents a unified value proposition for the trade.