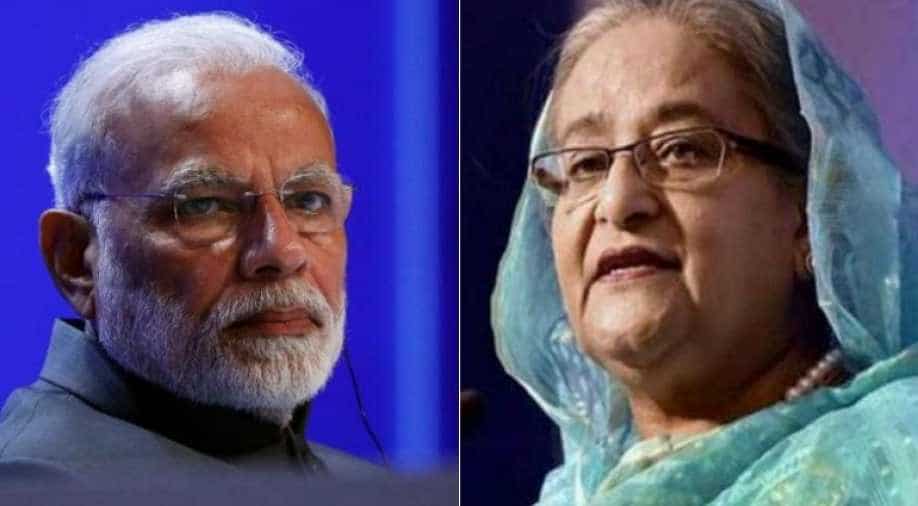 India has taken up with Bangladeshi authorities the issue of violence targeting Hindu families in Bangladesh's Comilla district and the matter is being probed by the authorities there, the Ministry of External Affairs said on Friday.

Some radical Islamists vandalised and set on firehouses of several Hindu families in Bangladesh's Comilla district earlier this week over rumours about an alleged Facebook post slandering Islam.

Asked about the incident at an online media briefing, the Ministry of External Affairs Spokesperson Anurag Srivastava said India's High Commission and posts in Bangladesh are in close contact with local authorities in Bangladesh over the incident.

"They have taken up this incident and we have been informed that the Bangladesh authorities have looked at this incident very seriously and the law enforcement authorities there are investigating the outbreak of violence," he said.

They also continue to remain vigilant to prevent any untoward disturbances, Srivastava added.

The households were vandalised and later set on fire on Sunday after a Bangladeshi man, who lives in France, allegedly praised President Emmanuel Macron for taking steps against "inhumane ideologies" after a teacher in Paris was decapitated for showing caricatures of the Prophet, Bangladeshi officials had said.

To a separate question on fugitive diamantaire Nirav Modi, Srivastava said his bail application was rejected on October 26 by a UK court and a hearing was also held in the case on November 3.

The next hearing is on January 7-8, 2021 and till then Nirav Modi will be in judicial custody, he said.

On the Kerala gold smuggling case, Srivastava said one accused has been arrested by the NIA and he cannot comment as the matter is under investigation.