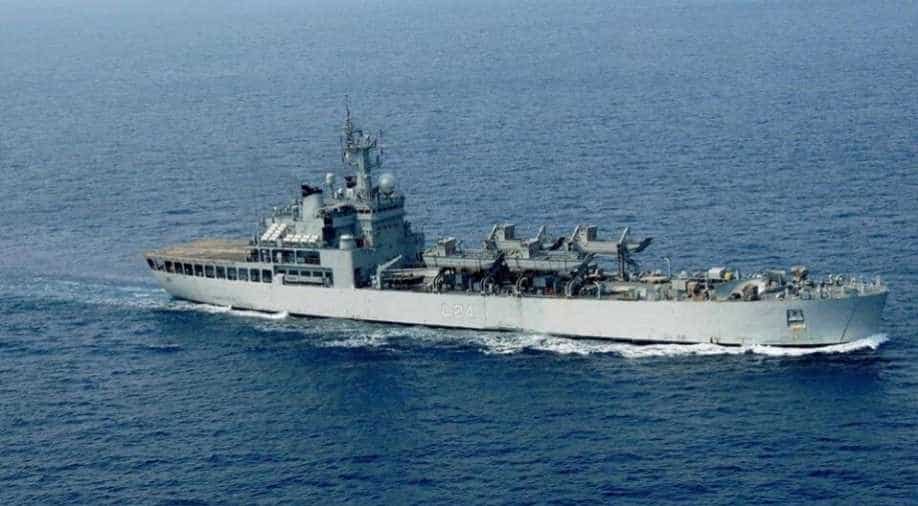 The ship is carrying five pallets each of victualing, clothing and naval stores along with three pallets of medicines. (Picture courtesy: Indian Navy) Photograph:( Others )

The ship is carrying five pallets each of victualing, clothing and naval stores along with three pallets of medicines.

With operation Vanilla, India became the first responder to reach out to cyclone and flood-ravaged Madagascar on Tuesday. Under the operation, Indian Navy deployed its INS Airavat to support the country.

INS Airavat will be deployed to Antsiranana, a port in northern Madagascar for Humanitarian Assistance and disaster relief mission.

The ship is carrying five pallets each of victualing, clothing and naval stores along with three pallets of medicines.

It will reach Madagascar on Wednesday and will carry out transportation and evacuation of personnel using four large and two medium-sized boats.

Fear of hunger and malnourishment in mounting Madagascar after heavy flooding and landslides ravaged the country.

According to a report, almost 92,000 people have been impacted by the floods. At least 30 have been killed while many have been displaced.

President of Madagascar had requested for international support to deal with the situation after which India deployed its INS Airavat.

Madagascar is part of "Vanilla" island nations, from which the operation derived its name.

Madagascar along with Seychelles, Réunion, Mauritius, Comoros, Mayotte, are known as vanilla islands since they grow this orchid in abundance.

Last year, Indian Navy had sent three of its ship to provide relief to neighbouring Mozambique which was hit by deadly cyclone Idai.

INS Sujata, INS Sarathi and INS Shardul were sent to the south-east African country for humanitarian assistance and were able to rescue over 200 people.