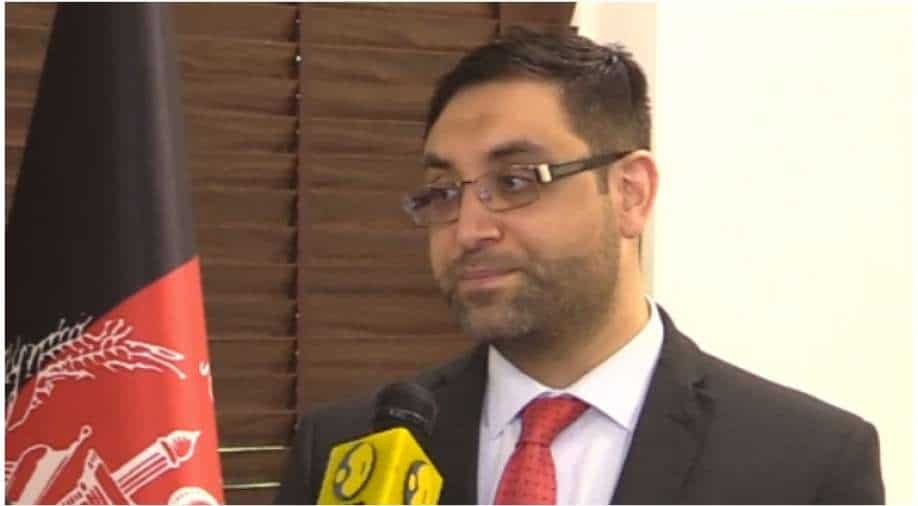 Afghanistan's envoy to India Farid Mamundzay has said that India can send the "right message" to the Taliban to cut ties with international and regional terror groups. The comments come in the backdrop of unconfirmed reports of India and the Taliban engaging in parleys. Neither side has acknowledged this.

Speaking to  WION's Principal Diplomatic Correspondent Sidhant Sibal, Mamundzay said, "should those messages be communicated to the Taliban...it would have a very positive impact on our security. "

Earlier this week, a Qatari official confirmed that Indian delegation met the Taliban in Doha. The development comes as US forces leave the country after 2 decades that many see changed the regional security situation. The Afghan envoy also dismissed reports of the Taliban toppling the Afghan government as reported in western media.

Ambassador Farid Mamundzay: The reports which have been published don't fully describe the strength of Afghan national defense and security forces. Our forces are in full control of the country. Yes, the situation is intense in the number of districts and number of provinces but our soldiers, our police officers, our intelligence officers are doing everything they can to secure and keep our people safe. I disagree with the fact that the Taliban would be in a position to take over Afghanistan or topple our government in 6 months' time. The resilience of the Afghan security forces and the determination of the Afghan public, in general, is there to combat terrorist groups in whatever way and form they may be to keep Afghanistan free and safe.

Wion: How do you see the reports of India-Taliban talks. This is what Qatar is also confirming.

Ambassador Farid Mamundzay: We can't verify that, we don't certify that there has been an engagement between the Taliban and the Indian government. Within the Taliban, the nationalist elements, who could be integrated back to Afghan society, forces and people that could be engaged, with whom we believe that talks would be fruitful. The right message, from strategic partners like India, could very helpful. The right message is to cut ties with international and regional terrorist groups. The right message could be to integrate back to Afghan society and become part of mainstream life and politics in the country and let violence go. A recent United Nations Security Council report suggests the Taliban still keeps ties with international terrorist organizations, which is something of concern to us. We would not want foreign fighters on our soil and should those messages be communicated to the Taliban, should they get those messages it would have a very positive impact on our security.

Wion: How do you see India-Afghanistan engagement, at a time when American troops are leaving?

Ambassador Farid Mamundzay: New Delhi has always been a very important partner and we would want this partnership to flourish, to grow more in the years to come. The UN and NATO were here for a specific purpose, that was to combat the international terrorist groups but we are going to remain in this region forever. India's contribution has been phenomenal in every area in Afghanistan. There is a special place in the heart of every Afghan and we would want India to remain, being a key contributor to the development of Afghanistan in every area.