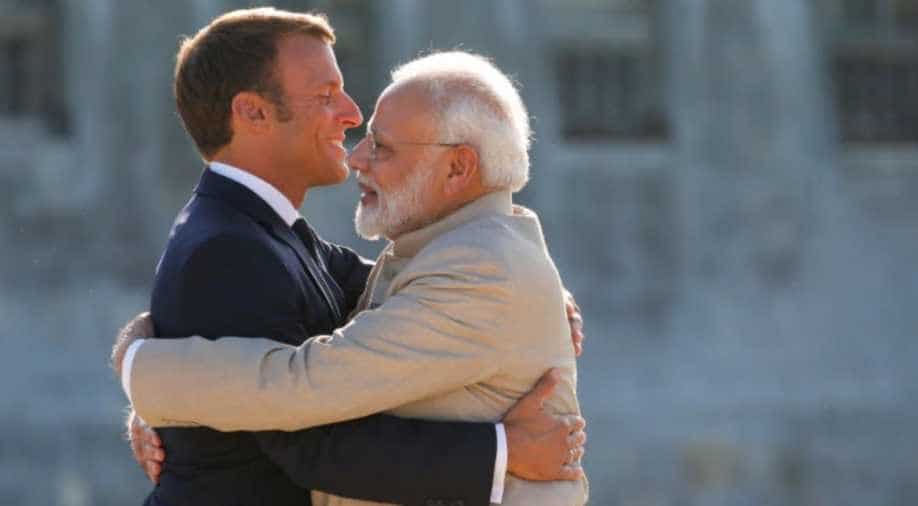 Amidst the developments in France, India's Foreign Secretary Harsh Shringla was in Paris on a scheduled visit during which he met Francois Delattre, Secretary-General at the French Foreign ministry and Emmanuel Bonne, Diplomatic Advisor to French President Macron and other officials

India has called for "coordinated" response on state supporting terror and radicalism amid French action in the aftermath of terror attacks in form of Knife attacks in the country in the past few weeks.

Top sources said, "Terrorism and the radicalism that gives rise to it are the most chilling form of censorship...they threaten our cherished democratic freedoms and our shared republican ideals." Adding, "events of the past week in Paris and Nice have been horrific. India stands by France..."

Paris knife attack saw the beheading of a 47-year-old school teacher Samuel Paty by a Chechen Teenager who was miffed with him overdrawing a caricature of Prophet Muhammad during a lecture on freedom of expression. Earlier this week, in a similar terror attack in the city of Nice, three people were killed.

Sources explained, "We cannot pretend such actions come from simply lone-wolf initiatives and misguided individuals. There is an infrastructure of radicalism, including its online manifestations, that comes into play."

Pointing out without the name of any country, sources said, "It has the backing of states and organised institutions. You know who they are. We cannot and should not postpone a coordinated and definitive response."

India was the first non-western country to publically back French President Macron as he faced negative comments by Turkey's Erdogan and Pakistan. PM Modi was also quick to condemn the terror attack in Nice and MEA while condemning the murder of Paty said, "there is no justification for terrorism for any reason or under any circumstance."

Amidst the developments in France, India's Foreign Secretary Harsh Shringla was in Paris on a scheduled visit during which he met Francois Delattre, Secretary-General at the French Foreign ministry and Emmanuel Bonne, Diplomatic Advisor to French President Macron and other officials.

Sources calling France, India's "Friend for All Seasons", said Foreign secretary discussed many things like the common fight against terrorism, global warming, maritime security, sustainable development, norms-based international institutions on which both the countries "are inevitably on the same side of the court."

This is FS Shringla's first non-neighbourhood stop in pandemic-age diplomacy. He has been to Bangladesh and Myanmar earlier.

On convergences on Indo Pacific, cyberspace sources said, "India and France are voices of wisdom and stability and actors for the greater common good"

It is interesting to know France recently appointed an envoy for the Indo Pacific--Christophe Penot. His last posting was Canberra as France's envoy to Australia. He has been France's envoy to Malaysia and served in Tokyo, Ottawa, London, Hanoi.

On United Nations security council--the United Nations high table on which India will be taking a seat for a 2 year term starting first January 2021 was also discussed during the visit.

Also read| 'We are in a war': French minister says country must brace itself for attacks fueled by 'Islamist ideology'

"As instinctive multilateralists", sources said, "India and France have to shoulder responsibilities together, especially at the UNSC where we will work together."

France is a veto-holding non-permanent member of the UNSC. In the past it has backed Delhi in its bid to list Pakistan based terrorist responsible for terror attacks in India and also thwarted attempts by Islamabad-China to rake Kashmir.