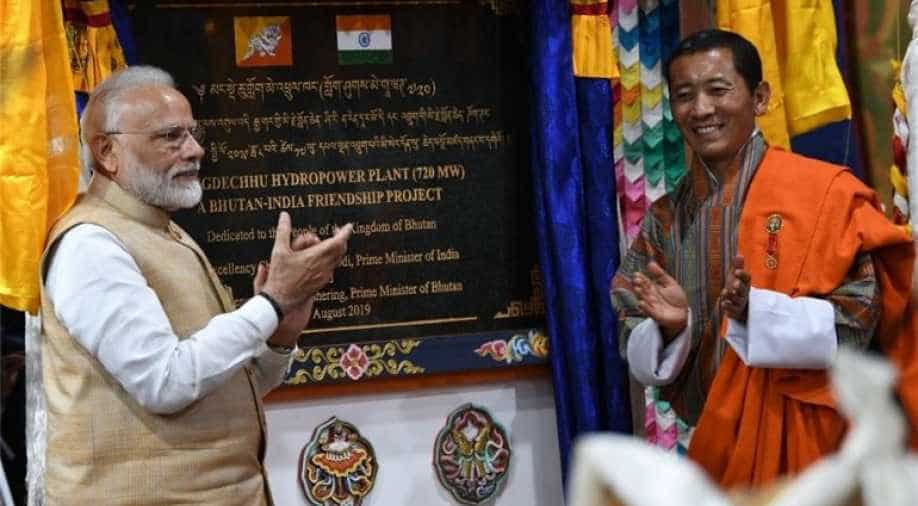 Nine Memorandums of Understanding (MoUs) and one power purchase agreement were exchanged between India and Bhutan in the presence of Modi and his Bhutanese counterpart Lotay Tshering at Semtokha Dzong.

Moving beyond the hydropower sector, India and Bhutan on Saturday agreed to explore new areas of bilateral cooperation including healthcare, education, science, and technology during Prime Minister Narendra Modi's visit to the Himalayan nation.

"The fundamental basis of our relationship is the hydropower sector. But the two leaders agreed that we move to beyond the traditional sectors of cooperation to look at new areas, such as healthcare, education, science, and technology and therefore it was therefore agreed that we will maintain close contact, close liaison to see how we can encourage bilateral cooperation in these areas," Foreign Secretary Vijay Gokhale said.

Modi arrived in Bhutan on Saturday for an official-two-day visit aimed at further enhancing India's relations with its Himalayan neighbour.

The centrepiece of the day was the inauguration of the 720 megawatts (MW) Mangdechhu hydroelectric power project, along with the remote launching of the ISRO-built Ground Station for South Asian Satellite.

Later in the day, Modi held talks with his Bhutanese counterpart Lotay Tshering, during which the entire gamut of bilateral relations between the two countries was discussed. The joint press briefing by the two leaders highlighted the importance India and Bhutan attach to their relations.

Nine Memorandums of Understanding (MoUs) and one power purchase agreement were exchanged between India and Bhutan in the presence of Modi and his Bhutanese counterpart Lotay Tshering at Semtokha Dzong.

Gokhale highlighted the three pillars of the Indo-Bhutanese relations that have emerged during Modi`s meetings with Bhutanese leaders: The enduring nature of Indo-Bhutanese partnership; the expanding cooperation in the areas beyond the traditional sectors; and the cultivation of connection between the youths of India and Bhutan.