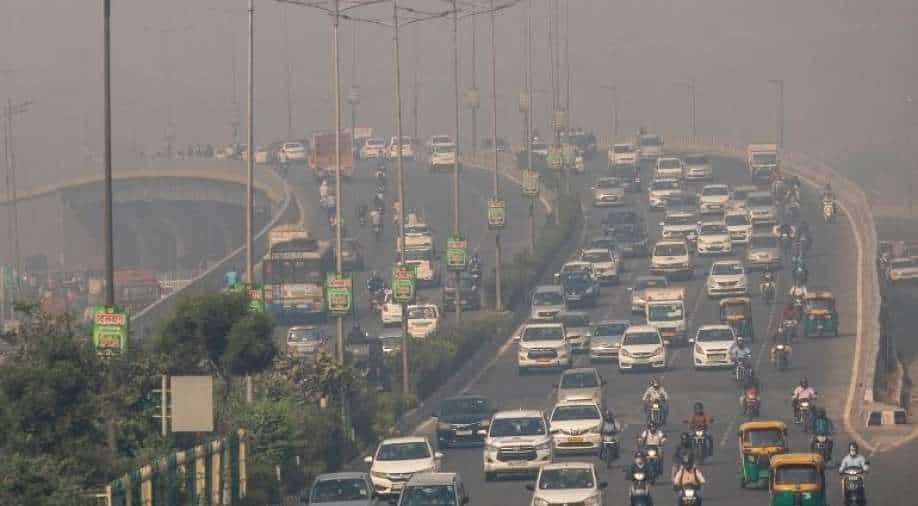 The government will give about $3.5 billion in incentives to auto companies and drone manufacturers over a five-year period, Anurag Thakur, minister of information and broadcasting, told reporters.

India's cabinet on Wednesday (September 15) approved an incentive scheme for the automobile sector aimed at boosting production of electric and hydrogen fuel-powered vehicles and promoting the manufacture of drones.

The government will give about $3.5 billion in incentives to auto companies and drone manufacturers over a five-year period, Anurag Thakur, minister of information and broadcasting, told reporters.

"The incentive scheme has been designed to help India become a global player in the automobile sector," Thakur said, adding it would also boost local manufacturing.

The proposal comes at a time when annual car sales in India have fallen to their lowest in a decade due to the pandemic which followed an economic slowdown in 2019. Sales of electric vehicles (EVs) make up a fraction of the total.

Several years ago, India was tipped to become the world's third-largest car market by 2020, after China and the United States, with sales of 5 million a year. Instead, car sales stagnated at around 3 million a year even before the pandemic.

Ford Motor Co last week joined General Motors and Harley Davidson in retreating from India, where it has accumulated losses of $2 billion. The US automaker said it would stop making cars in India, taking a further $2 billion hit.

The government said in a statement the incentive scheme was expected to help attract new investment of about 425 billion rupees in the auto sector.

The incentives will range from 8% to 18% of the sales value of the vehicles or components, and will be given to companies if they meet certain conditions such as a minimum investment over five years and 10% growth in sales each year.

Carmakers, for instance, would need to invest 20 billion rupees over the period, while auto parts companies must invest 2.5 billion rupees, the government said.

The original plan was to spend $8 billion to incentivise auto and auto part makers to build mainly gasoline vehicles and their components for domestic sale and export, with some added benefit for EVs.

However, the scheme's focus was redrawn to incentivise clean fuel vehicles as Tesla Inc gears up to enter India.

Auto parts makers will get incentives to produce components for clean cars as well as for investing in advanced technologies like sensors and radars used in connected cars, automatic transmission, cruise control and other electronics.

Sunjay Kapur, president of the Automotive Component Manufacturers Association of India (ACMA), said that with global economies de-risking their supply chains, the scheme will help develop the country into "an attractive alternative source of high-end auto components".

India sees clean auto technology as central to its strategy to reduce oil dependence and cut debilitating air pollution in its major cities, while also meeting its emissions commitment under the Paris Climate Accord.

Domestic automaker Tata Motors is the largest seller of electric cars in India, with rival Mahindra & Mahindra and motor-bike maker TVS Motor firming up their EV plans. India's biggest carmaker Maruti Suzuki, however, has no near-term plan to launch EVs.

Girish Wagh, executive director at Tata Motors, said in a statement the scheme would accelerate "the country's progress towards green mobility" and help attract foreign investment.