India aims to be among world's top 3 economies in next 15 years: Modi address Indian diaspora in Seoul 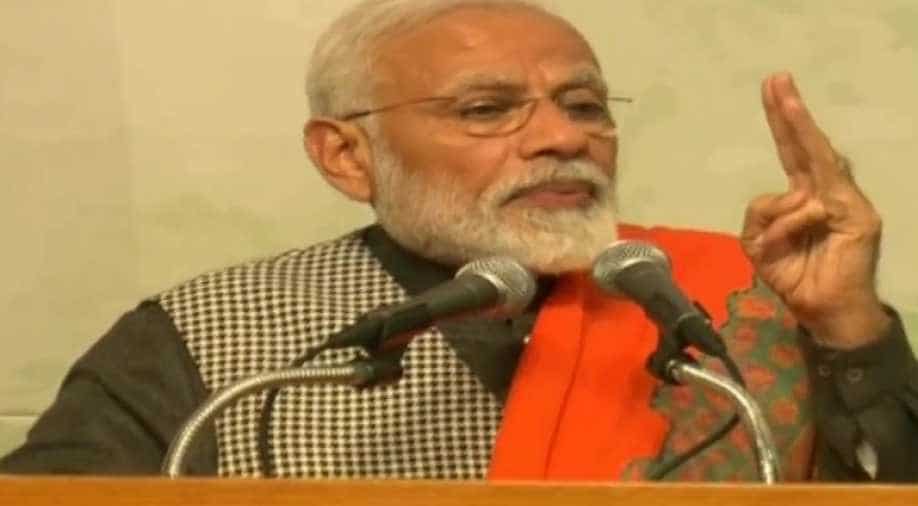 PM Modi who will be honoured with the Seoul Peace Prize on Friday, said that the prize is not his and he will 'only be receiving it on behalf of 130 crore Indians.'

Prime Minister Narendra Modi on Thursday addressed the Indian diaspora in Seoul, South Korea. During the address, PM Modi hailed South Korea-India relations and said that both are "natural partners."

He also said that "India aims to be among world's top three economies in the next one-and-half decade."

PM Modi who will be honoured with the Seoul Peace Prize on Friday, said that the prize is not his and he will "only be receiving it on behalf of 130 crore Indians."

"Tomorrow, I will be honoured with the Seoul Peace Prize. This prize is not mine, I will only be receiving it on behalf of 130 crore Indians and the 3 crore Indians living abroad. This prize is a recognition of the hard work of all Indians, " PM Modi said during the address.

PM Modi is on a two-day visit to South Korea from Thursday during which he is scheduled to hold bilateral talks with South Korean President Moon Jae-in on Friday. The two leaders are expected to discuss the issue of denuclearisation of North Korea, ahead of the Trump-Kim summit.

Previous recipients of the award include German Chancellor Angela Merkel and United Nation chiefs like Ban Ki-moon and Kofi Annan.

Earlier in the day, PM Modi unveiled the bust of Gandhi at the Seoul Campus of the Yonsei University in the presence of South Korean President Moon Jae-in. Established in 1885, its one of the oldest and most prestigious universities in the country.

After the unveiling ceremony, PM Modi said values of Father of the Nation Mahatma Gandhi can show the way in dealing with issues like climate change and terror.

"The thoughts and ideals of Bapu have the power to help us overcome the menace of terrorism and climate change, two challenges humanity faces in these times".

South Korea President also voiced hope that the great spirit of Mahatma Gandhi can usher in peace and prosperity in Asia and beyond.

Prime minister had visited South Korea in May of 2015. Moon Jae-in, during a visit to India in July 2018, inaugurated the new manufacturing facility of South Korean major Samsung in Noida which is the largest mobile phone manufacturing plant of the company anywhere in the world.