In a first since Taliban takeover, India sends medicines to Afghanistan 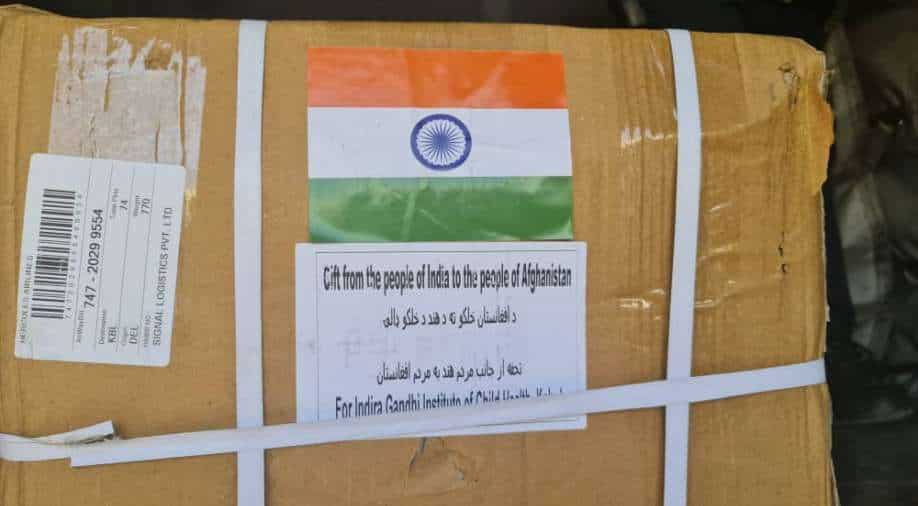 The assistance from India comes even as the humanitarian crisis in the country has deteriorated.

India on Saturday sent 1.6 metric tons of medicines to Afghanistan via Kam airways, the first such assistance from New Delhi to Kabul since the Taliban's takeover in August.

The medicine consignment will be handed over to the representatives of the World Health Organization (WHO) in Kabul and will be administered at the Indira Gandhi Children Hospital, Kabul.

The ministry of external affairs in a statement said, "In view of the challenging humanitarian situation in Afghanistan, the government of India has dispatched humanitarian assistance consisting of medical supplies on the return flight today".

The assistance from India comes even as the humanitarian crisis in the country has deteriorated. WION was the first India-based channel to break the news on Friday.

The assistance was sent on Kam air flight that brought 10 Indians and 94 Afghans, including members of the Afghan minority community on Friday.

The flight on its way back also carried back 100 passengers. This flight is also the first direct flight between the two countries since the Taliban took control of the country and the collapse of the Afghan republic.

Under "Operation Devi Shakti” launched in August, a total of 669 people have now been evacuated from Afghanistan by Indian authorities. It comprises of 448 Indians and 206 Afghans which includes members of the Afghan Hindu/Sikh minority community.

"The first consignment of medical aid from India arrived in Kabul this morning. 1.6 metric tonne of life-saving medicines will help many families in this difficult time. Gift from people of India", Afghan envoy Farid Mamundzay in a tweet said.

The assistance comes even as India has committed to provide 50,000 MT of wheat, essential lifesaving medicines and COVID-19 vaccines to the Afghan people. Modalities for transfer of assistance is being discussed between New Delhi and Islamabad since it is planned to be sent via Pakistan to Afghanistan.

India’s development partnership with Afghanistan includes more than five hundred projects spread across each of the 34 provinces of the country in critical areas of power, water supply, road connectivity, healthcare, education, agriculture and capacity building. New Delhi, in the last many years has invested more than $3 billion for the welfare of the people of Afghanistan.