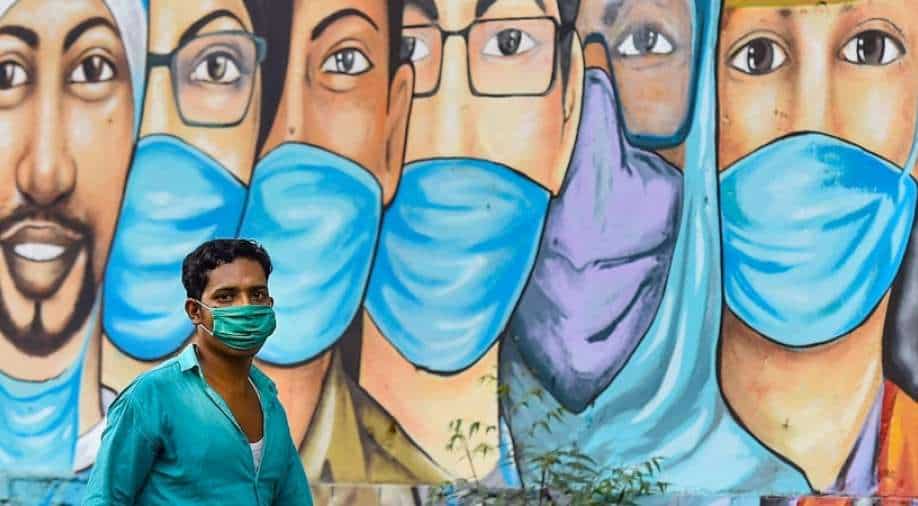 A man walks past a mural made in honour of COVID-19 warriors. Photograph:( PTI )

The UK had recently announced that the newly identified strain of the virus found in their population was up to 70 per cent more infectious.

India has successfully cultured the new coronavirus strain, which originated in the UK, the Indian Council of Medical Research (ICMR) said on Saturday.

In a tweet, the ICMR claimed that no country has yet reported successful isolation and culture of the UK-variant of SARS-CoV-2.

Culture is the process by which cells are grown under controlled conditions, generally outside their natural environment.

"UK-variant of the virus, with all signature changes, is now successfully isolated and cultured at the National Institute of Virology (NIV) from the clinical specimens collected from UK-returnees," the ICMR said.

The research body said Vero cell lines were used by the scientists of ICMR-NIV to culture the UK-variant of the virus.

The UK had recently announced that the newly identified strain of the virus found in their population was up to 70 per cent more infectious.

A total of 29 people have tested positive for the new UK variant of SARS-CoV-2 in India so far, the Union Health Ministry said on Friday.