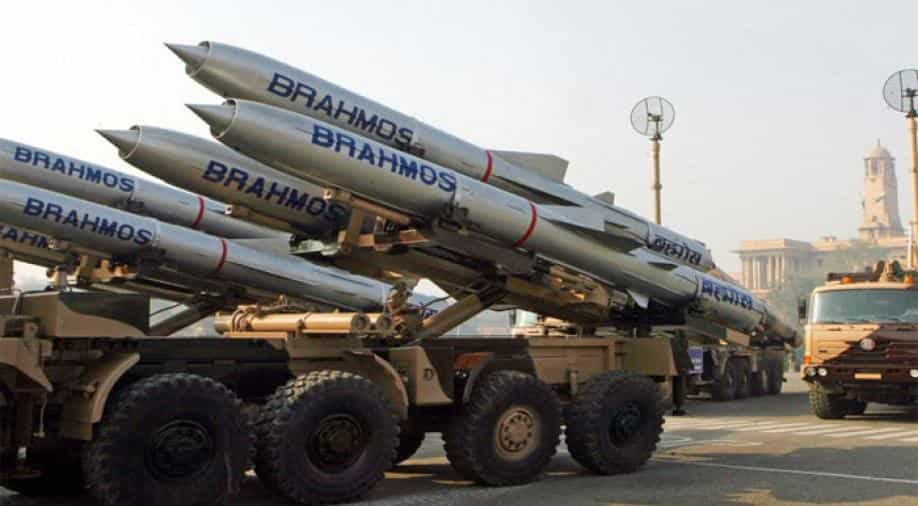 In this file photo, BrahMos cruise missile can be seen during a parade Photograph:( Zee News Network )

India is likely to sell its BrahMos cruise missiles to Vietnam and the Philippines to boost its defence export market and have an edge over China.

The procurement is expected to signal a major upswing in India's ties with both nations which have been focusing on ramping up their naval prowess in the face of their lingering friction with China in the South China Sea.

Also read | How can India help Vietnam in the disputed South China Sea?

China lays claim to most of the waters within a so-called Nine-Dash Line, which is also contested by Brunei, Malaysia, the Philippines, Taiwan, and Vietnam.

Indian Defence Minister Rajnath Singh is going to visit Vietnam in the second week of this month for the celebration of the golden jubilee of the establishment of diplomatic ties between New Delhi Ho Chi Minh City.

On the top of his agenda are a defence and joint collaboration including training and maintenance of defence equipment. This is Rajnath Singh's first visit to South East Asia amid growing Chinese aggression in the Association of Southeast Asian Nations (ASEAN).

The missile fires at a speed of 2.8 Mach or almost three times the speed of sound. It has a range of approximately 290 kilometres.

India and the Philippines have signed an "implementing agreement” that dictates the terms and sets the foundation for government-to-government contracts.

Two “special allotment release orders” worth 1.3 billion pesos and 1.535 billion pesos were issued on December 27 to cover the initial funding requirements for the “Shore-Based Anti-Ship Missile System Acquisition Project” of the Philippine Navy as per the website of the Philippines’ department of budget management.

India aims to touch the target of five billion dollars worth of defence exports by 2025.